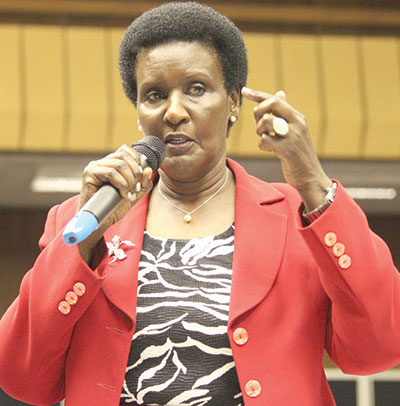 “We are not going to confine ourselves to an economy of how many million [people]? Eight million!” she said in an underestimation of Rwanda’s population, projected this year at 12 million. “Of course, we have sentiments with Rwanda, but if you are doing business, you should forget about Rwanda. Let us look at other areas. And I keep telling Ugandans, let’s go to (the) DR Congo. Let us go to other neighbours. Those are emotions, business is money,”

Rwanda closed her main border at Katuna to Ugandan cargo and many traders and manufacturers have since then been crying out about the losses they have incurred. The blockade hasn’t spared big manufacturers, with Roofings Limited, Hia Cement and Uganda Breweries saying they have lost income in millions of dollars.

With the blockade still on and no solution in sight, the minister’s statement is seen as one that will muddy the already muddied waters.