MPs have no powers to increase their pay, Supreme Court rules. 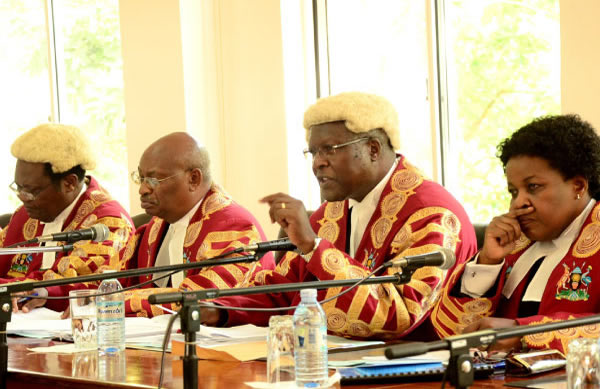 “It is evident that if Section 5 of the Act is left on our statute books, it is bound to be used by Parliament to violate the Constitution,” the judges led by Chief Justice Bart Katureebe ruled. Other justices on the panel included Stella Arach-Amoko, Rubby Opio-Aweri, Faith Mwondha, Paul Mugamba, Augustine Nshimye and Jotham Tumwesigye.

They further ruled that MPs can increase their salary only through a substantive Bill or Motion introduced by the Executive that constitutionally is the one financial authority in charge of revenues and expenditure in the country.

The court also decided that the impugned Section 5 of the Parliament (Remuneration of Members of Parliament) Act and Article 85 of the Constitution, which empowers Parliament to determine emoluments of its members, should be read together with Article 93 of the Constitution which bars legislators from enacting a Bill that imposes charge on the Consolidated Fund if not introduced by the government.

The landmark petition was filed by Wilson Mwesigye, a concerned citizen from Mubende, who petitioned the Constitutional Court to challenge decisions of the Parliamentary Commission to increase lawmakers’ pay based solely on Section 5 of the impugned Act and Article 85 of the Constitution.

The ruling is set to put an end to a practice where MPs have set their salary and also increased their pay at will, to the public’s chagrin. Recently in April, this year, MPs increased their allowances by 39 per cent and that of parliamentary staff by 15 per cent, citing increasing cost of living.