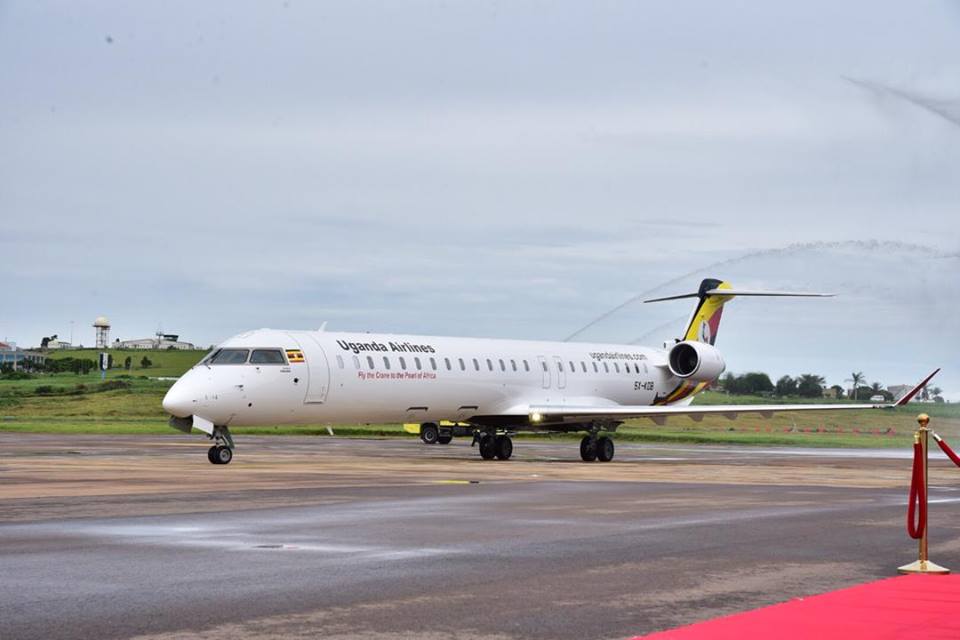 Civil Aviation Authority, CAA has at long last issued Uganda Airlines with an Air Operator Certificate, AOC. The certificate is a pre-requisite for any airline to operate commercial flights.

CAA issued the certificate on 25th July 2019 and it is valid for one year. It was issued to the Uganda National Airlines Company Limited, which is the operator for Uganda Airlines. 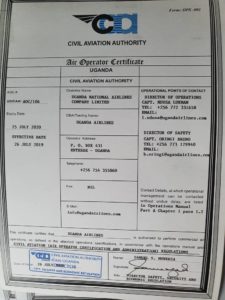 Uganda Airlines has been in the spotlight after failing to start off operations in July as had been planned. The airline so far has a fleet of two Bombadier planes that have been grounded for 3 months ever since they were purchased. Already worries were growing that the planes may never take off any time soon.

The Uganda Airlines management now says that the planes shall start commercial flights during August.