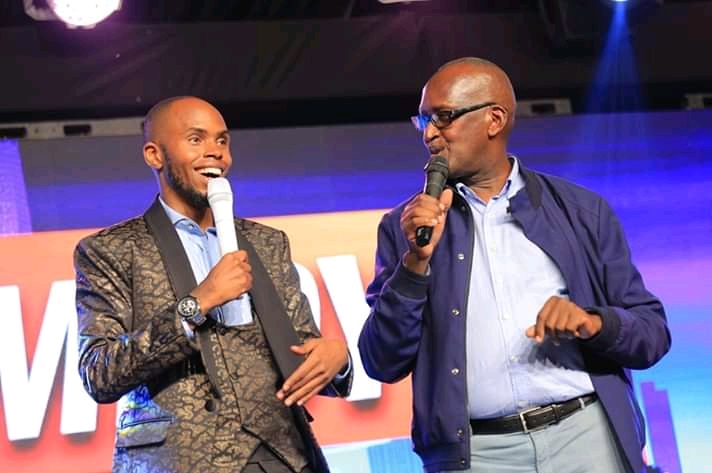 From meeting youth groups in Katanga, Rubaga Boda Boda cyclists, rushing for TV shows and now making appearances at comedy shows, what could be triggering fear in the bush war legend? In our exclusive, we make a trace of the source of the general’s panic.

Following his sacking from the post of security Minister after a heated up brawl between him and long-time rival Gen. Kale Kayihura, Tumukunde first left the spotlight and trekked his way from all media lenses to start a humble life. A year from his sacking, the General unexpectedly shocked the nation when he overtly revealed his intentions of vying for the Lord Mayor seat. What had began as a mere petty talk is now keeping the general too engaged?

RELATED: Where is Gen Tumukunde?

Last Thursday, Gen. Tumukunde hit the Serena based media, NTV on the TV program, ‘On the Spot’ where he debated on how he would develop the capital in case voted for as Lord Mayor. Few days after his debate, the General again rushed for a public appearance at Comedy store hosted by comedian Alex Muhangi. Here, the General hit the stage and addressed the revellers.

In his submission, the general apologized for making this occasional unannounced attendance. Analysts and political observers have already dug deep into the general’s script foretelling and predicting his next episodes as those marred with public appearances at the eventful Kampala weekends