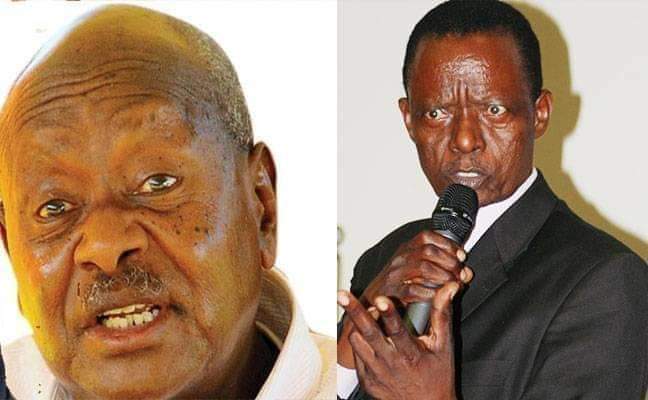 “We want Museveni out of the 2021 elections”, Ugandans speak out on electoral reforms

The electoral reforms that have been tabled recently in the tenth parliament are already sparking heated debates just a day after they were unveiled.

Different key politicians, analysts and members of the civil society have hit radio airwaves and TV talk shows to collectively condemn the mockery move by Mr. Museveni. The tabled reforms have a series of contradictions and clauses that directly jab at the Kyadondo East legislator and his high spirited massive People Power wave. Ugandans have raised many points they expected to see in the reforms.

The people of Uganda have demanded Mr. Museveni to surrender power first before going for any election. Reference is made to the previous general elections where Yoweri Museveni goes into the election as a president but not a candidate. This turns out costly a campaign as it turns out that the taxpayers are the direct funders of his extravagant campaigns. Besides, he uses state machinery to conduct his general campaigns something that accords him maximum advantage over the other candidates. On Museveni’s campaign, UPDF choppers are seen airlifting him to remote parts of the country where he addresses massive rallies amid heavy security detail equal to that of a serving president and yet in such moments he is supposed to have resigned his position.

In our analysis, we noted that Mr. Museveni and his regime are planning something against civilians. Looking at the notion that requires armed forces to vote five days prior to the voting day, Mr. Museveni obviously wants them to have ample time to torment People Power supporters during the polling. In the recent past, the armed forces have been voting peacefully with citizens. Why now are they drafting that law? Any critical eye can see that te army will have enough time to beat up citizens.

The provision that prohibits use of Mobile phones and digital cameras at polling stations intends to bar citizens from taking record of the electoral malpractices and irregularities that have kept the NRM in power for all these years. Mr. Museveni, a typical master in ballot stuffing and the rigging game knows that his biggest threat, Robert Kyagulanyi Ssentamu has the masses given that the youths make the biggest percentage of this country. Museveni does not want these youths to record some of the electoral illegalities he pursues during voting time.

The clause that blocks political parties from allying with independents is directed at the Kyadondo East legislator, Hon. Robert Kyagulanyi Ssentamu after the state has seen his mobilization capabilities that are a threat to Museveni’s survival. Museveni wants to run an election where he is the determinant force of who deals with who and over what. In other wards he wants to be the referee of the game, the striker and goal keeper. Most of the clauses in the unpopular electoral reforms are simply to help Uganda’s longest serving dictator grab this election from the people. Kyagulanyi and his wave simply have to reject these reforms as much as they can otherwise it would be too bad for him to enter such an election.

Most of the supreme court recommendations have been dodged in these new electoral reforms. Court had tables some of its thoughts that the judges deemed fit enough to feature in the next geneal elections. Unfortunately, Museveni’s parliament has abandoned all the recommendations to come up with their own versions intended to suppress their main threat, Robert Kyagulanyi Ssentamu.