DP Bloc summons its members who were appointed as People Power coordinators. 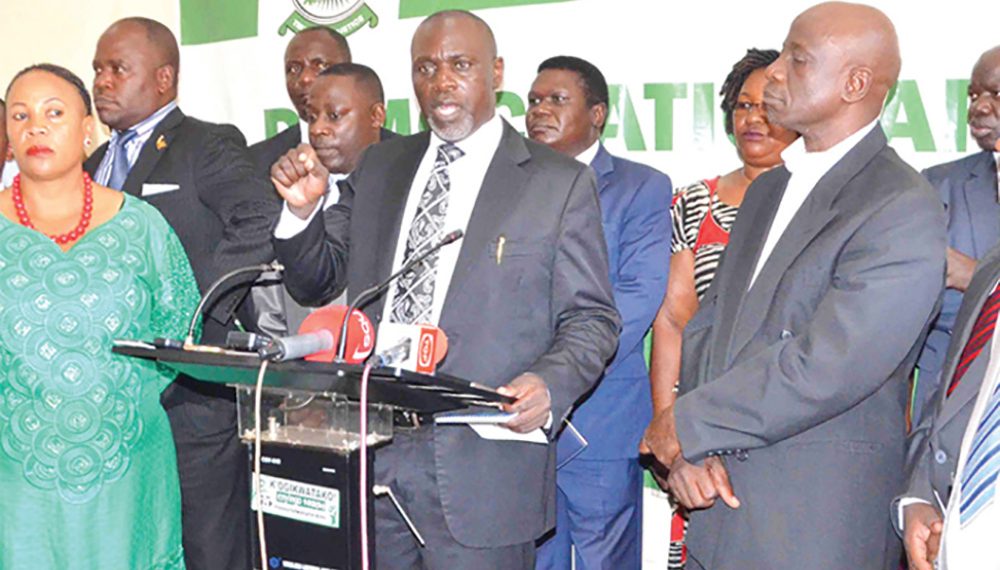 The DP Bloc leaders Norbert Mao, Abed Bwanika, Michael Mabikke and Walter Lubega Mukaku have summoned all DP members who were appointed as People Power coordinators to a meeting today.

DP Bloc was irked by the appointments and they felt that the leaders had been sidelined yet they have been key partners with People Power over the time. They also feel that People Power is recruiting from DP as it builds its structures, something they don’t agree with. Their anger and disappointment has been expressed in separate statements by Norbert Mao, Abed Bwanika and Michael Mabikke.

DP president Norbert Mao even went a step further by ordering all DP members appointed as coordinators not to carry out any People Power duties until the Party orders them to do so. Now, the DP Bloc principals shall meet with Muwanga Kivumbi, Mathias Mpuuga, Medard Ssegona, Joseph Ssewungu, Latif Ssebagala, Wakayima Musoke, Kenneth Paul Kakande, Lutamaguzi Ssemakula, Brenda Nabukenya, Lulume Bayiga and Florence Namayanja, who were appointed as People Power coordinators in various regions.

Ever since Bobi Wine released the list of coordinators, many people including NRM apologists and DP Bloc seem to have been caught off guard and their responses point to a situation of panic and worry in their camps.