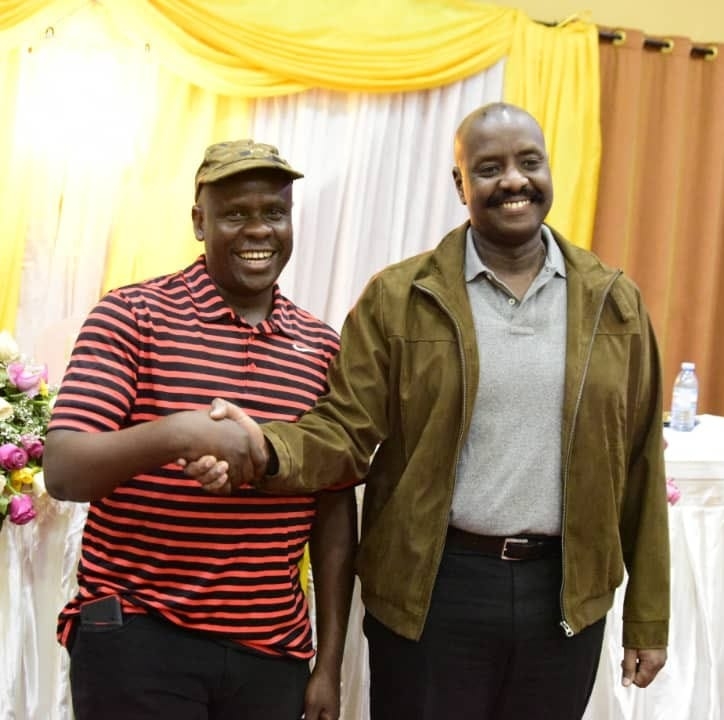 Balaam Barugahare, an events promoter and regime darling was on Thursday given a ‘Facebook bitter shower’ over his comments appraising Uganda’s longest dictator, Yoweri Museveni.

Being one of the beneficiaries of Museveni’s long stay, the yellow regime diehard has been at the forefront of consolidating the dictator’s rule. He first tried to block the rise of People Power by registering it as his own organization but the move didn’t yield him any bigger. A defeated Balaam took to the studios to make a Musevenist tune titled, ‘Tunyweeze Engule’ which translates, ‘let’s grip the crown’. All the miscalculated moves failed to elevate him to his expectations.

Now, the regime poodle has opted to start using social media platforms to express his praises for Yoweri Museveni. However, even this move is graduating him into a potential target to the already tired Ugandan masses. In retaliation, the Ugandans have given the events promoter a ‘bumpy ride’ leading him to Kyankwanzi. 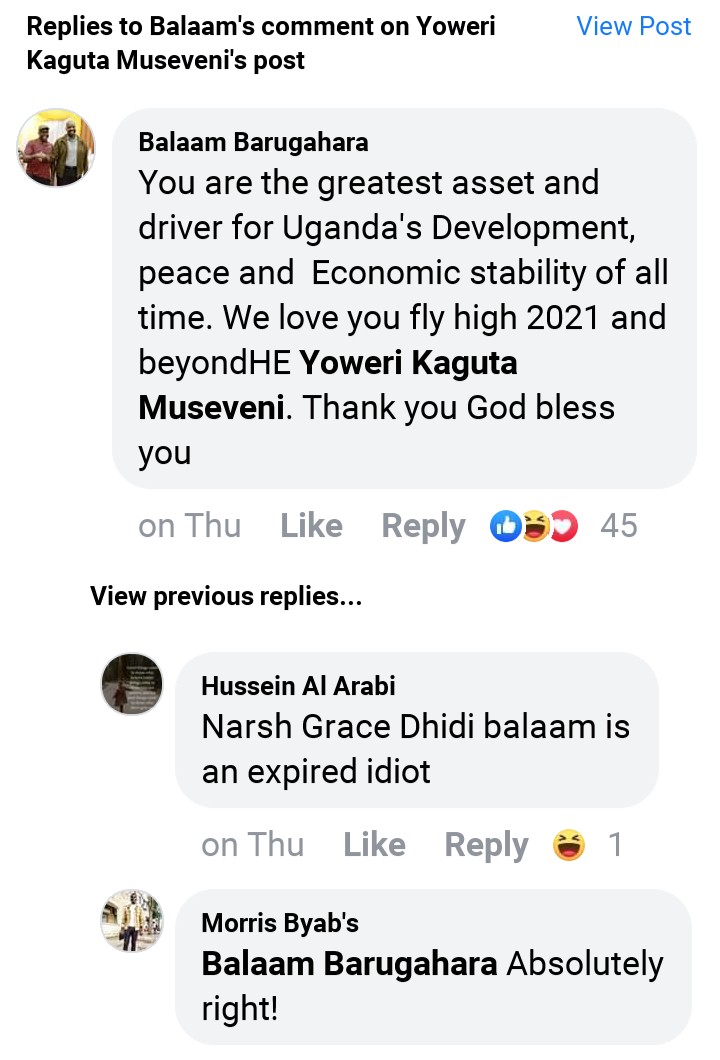 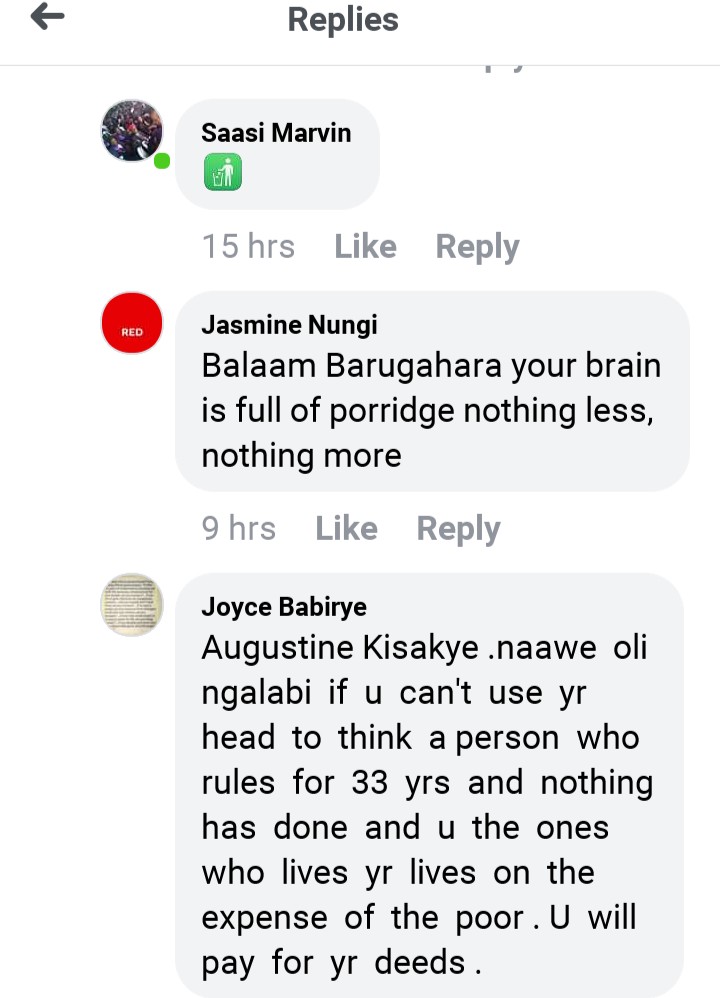