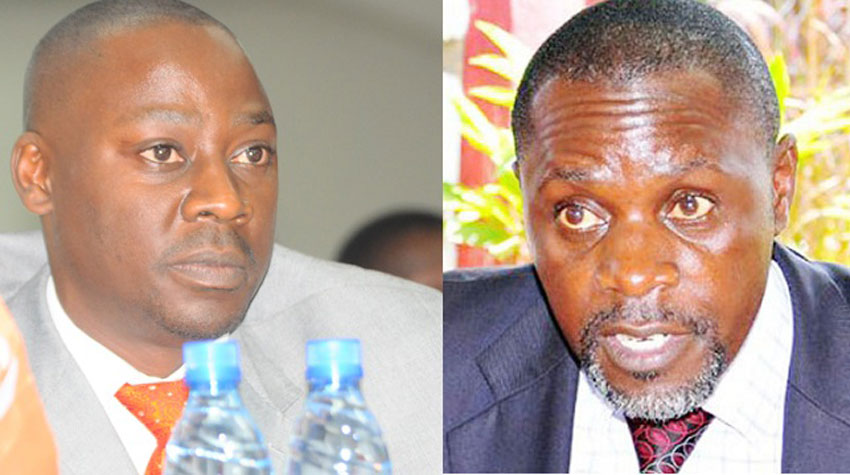 While appearing on NBS Morning Breeze show this morning, DP Block member Micheal Mabike has come out to speak about their discomfort over the recent developments in the People Power movement under MP Robert Kyagulanyi Ssentamu.

Appearing impassioned and panicky, Micheal Mabike who was hosted alongside Greater Mpigi Regional Coordinator Muwanga Kivumbi said that he was surprised that Bobi Wine made announcements without consulting them and alienating them.

He also boasted about having gone through a lot to start-up the People Power movement.

“I have been in prison alongside Bobi Wine, paid with my personal comfort” he said

He also attacked Muwanga Kivumbi as a new entrant in People Power unlike him and the others in DP block who he claims made Bobi Wine.

Ho. Muwanga Kivumbi in response wondered why Mabike and other members of the DP Block were clamoring for titles in the People Power movement. According to him, it appears like the Mabikes and group have a great sense of entitlement to a movement they claim is not a formal institution and yet they want positions in it.

For now, it appears like a section of the DP block that was not selected on the National Coordination team continues to sour-grape and bad mouth the People Power movement. However, as Bobi Wine has said, now is not the time to engage in small talk. We have a country to liberate.