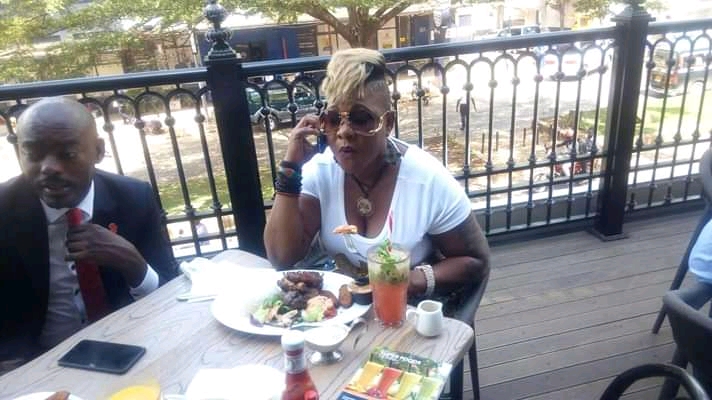 Jennifer ‘Full Figure’ who is renowned for her digital attacks on people she disagrees with has today faced retribution. Today was her first public appearance since she launched her verbal attacks on Bobi Wine.

An expectant Full Figure who had thought she would be considered on the People Power national coordinators list parted with the movement when her name never featured as she had anticipated.

This disappointment dragged her into a verbal rant with People Power.Jennifer Full Figure shared a wordy video of herself lashing out at Hon. Robert Kyagulanyi Ssentamu declaring him a ‘broke mean leader’ who is not like Museveni and Besigye. The video went viral and several People Power Diehards took her on till she went into exile.

Today in a local roadside market in Makindye, Full Figure was isolated, subjected to boycot and asked to withdraw her harsh comments on Bobi Wine. All vendors vowed never to sell their items to her till she turns remorseful with an apology for her harsh words she shared in a video