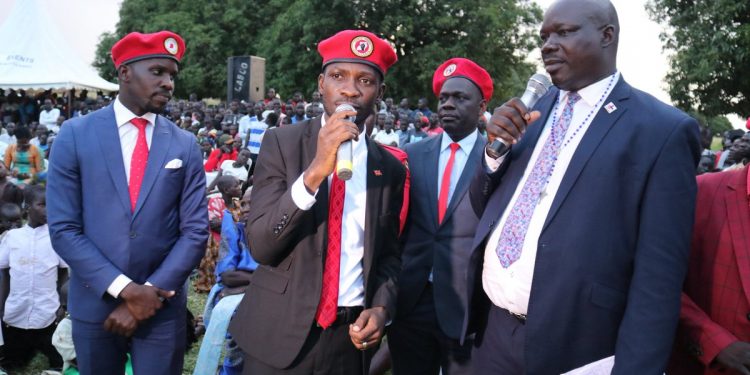 Kyadondo East Legislator, Robert Kyagulanyi commonly aka Bobi Wine ascertains that the new proposed electoral reforms that were tabled before parliament this week are aimed at weakening the People Power movement because the state is now in panic.

Bobi wine noted that a few hours after he had  officially declared  intentions to Challenge President Museveni  ahead of 2021, Government tabled electoral reforms aimed at stopping him from uniting with other opposition forces, fundraising for resources and reaching out to Ugandans.

“Even a baby can see that the proposed amendments are desperate attempts by the panicking regime to counter the People Power wave,” he said.

He also stated that Museveni’s government is gripped with fear of what awaits them come 2021.

Bobi wine noted that even when government wants to shamelessly ban people going with phones and cameras to polling stations which clearly indicates that the regime is  scared they might be captured in the process of rigging elections.

With clear indications that President Museveni might lose a free and fair election, he is panicking to come up with all kinds of reforms that favor him affecting the opposition.

He said President Museveni has realized that the eyes of the people are open and that he will be cornered with nowhere to turn because there are clear signs that he will lose come 2021.

“Let me repeat this message which I have been sending to President Museveni…if he thinks he is popular as he claims to be, I challenge him to a free and fair election.”