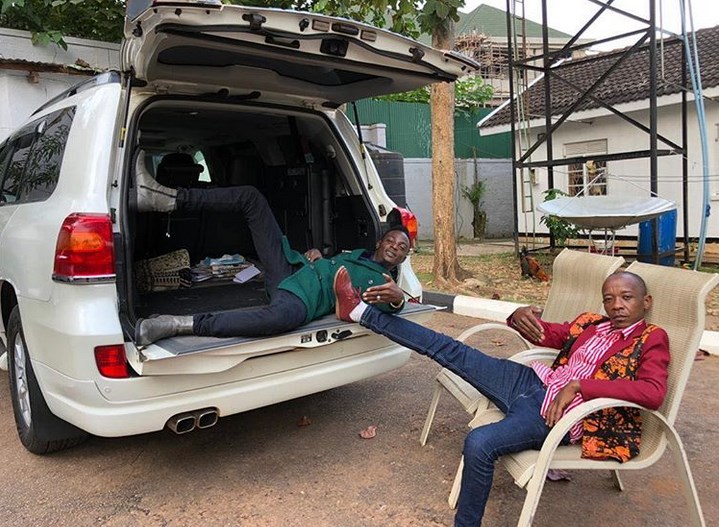 Paul Mutabaazi aka Fresh daddy the man behind Maziike is likely to have been robbed after Aganaga using him as a come back to the media scene, Aganaga now claims he cannot work with Fresh daddy anymore because he has no talent.

The Music relationship between Aganaga and Fresh daddy has not even managed to survive for a month because sources confirmed fresh daddy has already been fired.

Based in Kabowa at Bad Character studios, Kalifah said fresh daddy cannot sing and even failed to squeeze belles who were yearning for him claiming that it is the reason the Maziike artiste was pelted with bottles over the weekend.

Following the attacking incident, Aganaga revealed that he had to quickly make a decision because it showed him Fresh Daddy has no future in music.

However in defence, Fresh daddy said he is going nowhere away from the music scene because he is talented but reason he refused to squeeze belles was because he wants to be a role model father  and he doesn’t want fresh kid to see him squeeze women which portrays a bad image in the kids face.

After dumping Fresh Daddy, Aganaga unveiled Chris Johnz ‘Luwero Sojah’ as the new artist on his Bad Character record label declaring that he is up to taming exceptional talents  not masqueraders.

Let it be remembered that before Aganaga signed up Fresh daddy when Mama Fiina had just given him 3million for capital and later receiving more 700 dollars to boost his music career from Nsereko.