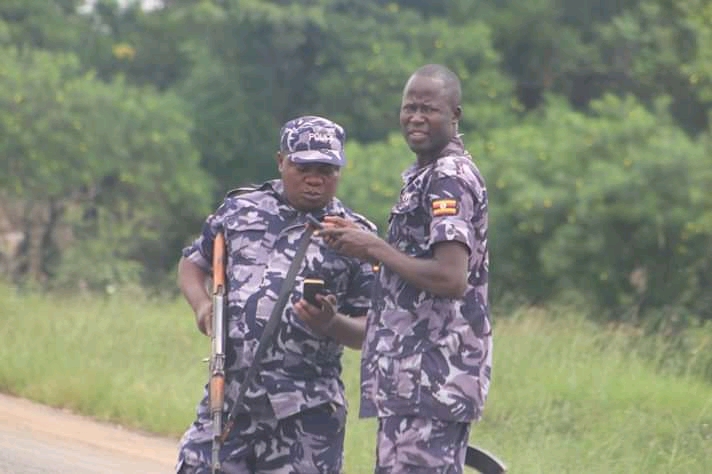 Today as the Kyadondo East legislator attended the burial of the mother in law to Kasese woman MP, Hon. Winnie Kiiza, police placed barricades and road blocks to block him from concluding his unannounced trip.

Reports say at the end of the burial, the police turned hard on Bobi Wine and detained him for some time as they made calls to their superiors in Naguru. Hours later, he was released with his People Power crew. On board was the spokesperson, Joel Ssenyonyi and Eddie Mutwe among others.

On his Facebook wall, the legislator has explained the scuffle;

” On learning about the death of the mother to Hon. Yokasi Bihande and mother-in-law to Hon. Winnie Kiiza, we went to commiserate with the family and to attend the burial in Kasese. As we entered Kasese town, we were intercepted by police and army men who held us for a while saying we could only proceed after their superiors allowed us, something we found ridiculous but not surprising. The people of Kasese still hurt after the regime murdered over 100 of their folks at the Omusinga’s palace. One day, justice will be served to the people of Kasese.
# GetYourNational_ID”