Kasaija stranded with choosing the Law over Museveni’s orders 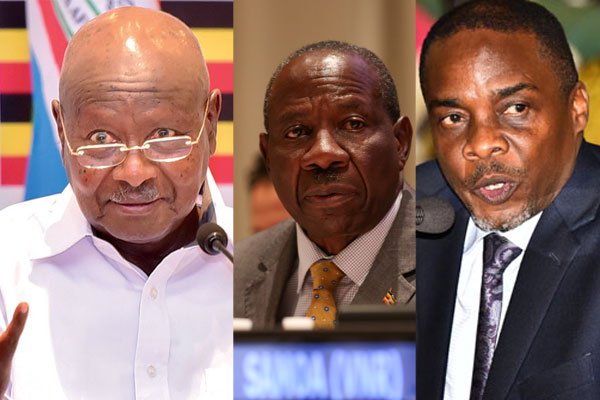 The Ministry of Finance Matia Kasaija is stranded between two contradicting decisions on UTL and it could breed an impasse on whether to uphold the law and defy the President’s order or abide by the latter and disregard the law, thus triggering a legal or constitutional crisis.

Mr. Matia Kasaija, has to choose between President Museveni’s order to audit Uganda Telecom Ltd (UTL) and the legal advice of the Attorney General (AG) William Byaruhanga, who has objected to such audit.

However, before Ms Anite instructed the Ministry of Finance’s Internal Auditor, Mr Fixon Okony, to carry out the audit, her senior minister, Mr Kasaija on July 23 wrote to the AG seeking a legal opinion on the President’s directive

Mr Kasaija referred the AG to a previous letter of April 24 by the Auditor General, Mr John Muwanga, who declined to audit UTL because it is still under administration and being supervised by court as provided for in the Insolvency law.

The AG had said UTL, being supervised by court, could only be audited at the end of the administration period in November this year.

Mr Byaruhanga wrote back on July 24 reiterating his earlier legal opinion dismissing such audit. In the letter referred to by Kasaija, the AG had said the Ministry of Finance does not have authority to do supervision over UTL, which is under administration.

On July 24, Byaruhanga wrote to Kasaija saying that  there is no need to conduct an audit into a company under administration insisting that UTL can only be audited after one of the creditors has successfully applied to the High Court under the Insolvency Act.

“As we have previously advised (quotes two letters), the Administration of a company in financial distress is, under the Insolvency Act, a court and creditors led procedure in which the shareholders exercise no direct oversight…,” Mr Byaruhanga wrote to Mr Kasaija.

“Accordingly, the appropriate legal avenue through which the audit may be carried out, as directed by H.E the President, is having one of the government agencies on the creditors’ list apply to the High Court for an order demanding an audit within the provisions of the Insolvency Act 2011,” he added.