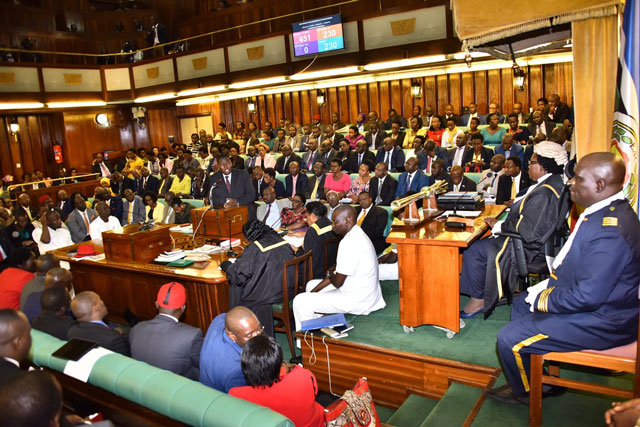 The Clerk to Parliament, Jane Kibirige says that the bill couldn’t be availed because of an internet problem at Parliament.

When a bill is tabled for first reading, MPs are provided copies for easy reference. It is also a culture for the bills tabled before Parliament to be forwarded to the Parliament Library and also uploaded on the Parliament website. However, this was not the case for the tabled reforms.

“The Attorney General laid on table only a single copy of the five proposals, and that means there are no extra copies”. The source said as Parliament press, they hoped to publish an article on the website but they couldn’t because they were told the reforms were not ready for public debate.

Several Members of Parliament complained that despite having waited for long, the bills are not in their pigeon holes where they usually get copies.

The Shadow Attorney General and Ndorwa East MP Wilfred Niwagaba, says that he also tried to access the bill in vain adding that staff at the attorney General’s chambers told him to go back next week.