The Journey to transform Uganda has taken long than i thought – Mr. Museveni 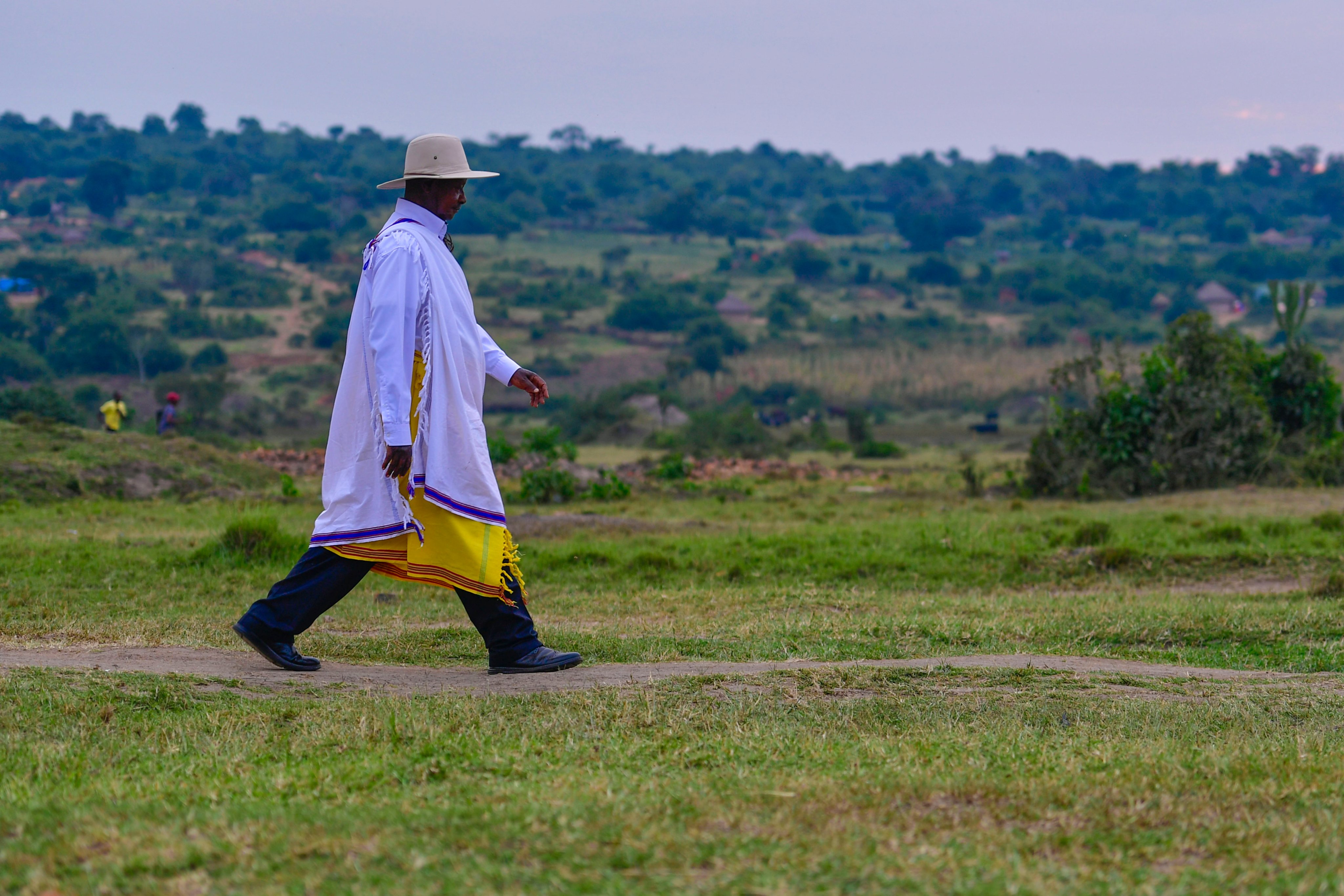 President Yoweri Museveni on countrywide tour wealth creation sensitization campaign said the journey to transform Uganda has taken long yet that shouldn’t be the case.

He made the remarks while meeting with the leaders of the greater Masaka region at St Henry`s Kitovu grounds, Masaka Municipality.

‘‘The problem is people do not have a common understanding/ vision.’’ He said.

“I compare this to what the bible says happened to the children of Israel when God promised to take them to the promised land. While the land of Canaan was not far, they wandered in the desert for 40 years.’’.

He added: While about 62% of what we promised in the NRM manifesto has been implemented, it is largely government activities/roles that we have done; roads, electricity, water, etc. What remains now is how to lift the 68% of the population that is outside the money economy.

He explained that the traditional way of doing things must change ‘‘let us embrace commercialized agriculture.’’

During the State of the Nation Address this year, President Museveni said he was delighted with the growth of the country’s Per capita Income, even though it is still below the rate required to attain the middle income status. He said Uganda is the only country in Africa which has registered highest economic growth without minerals and oil.

“No European country, not even the USA (except West Germany between 1950 and 1980 which did 3.8%) has grown its per capita income at the same rate as Uganda over a period of three decades. Only East Asian Tigers sustained per capita income growth of 5.6% during their intense period of transformation between 1960 and 1990.” He said

To put it in a global context, he stated that between 1986 and 2015, Uganda was the 17th fastest growing economy in the world, the 4th in Africa.

Early this year, President Museveni told visiting Israeli tourists who were in Uganda for a four-day tour of the country, that his vision was to transform Uganda into a first world country and said that to achieve this the focus will be on promoting commercial profit-oriented agriculture, industrialization of the country, promotion of the service sector and investment in information and communication technology.

In his lecture on 50 years of Independence that was delivered in October 2012, Mr. Museveni stated the country had solved most of the holdups such as bad governance, private sector, human resource development, infrastructure, market, industries, the service sector, agriculture and democracy.