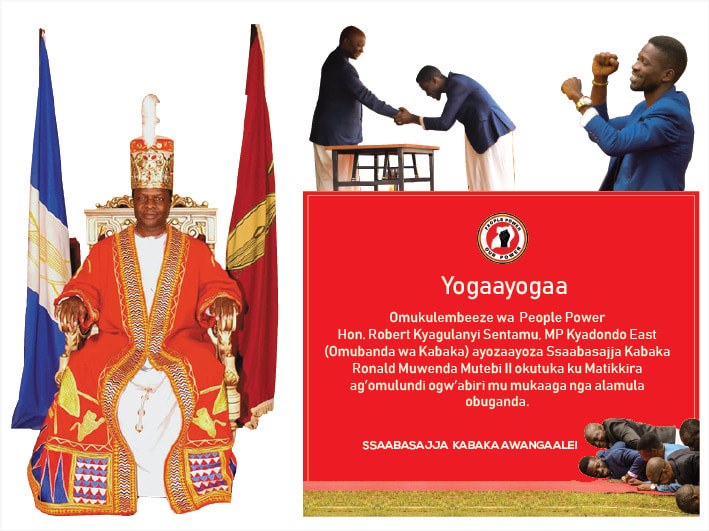 In a post on one of his social media platforms, Bobi had this to say; “Happy 26th coronation anniversary to you Ssaabasajja Kabaka Muwenda Mutebi II. We salute your contribution not only to Buganda, but to Uganda as a whole. May you live long as you continue to advocate for justice for your people.”

Kabaka Ronald  Mutebi  II ascended to the throne on July 31, 1993 after a string of talks between the Central government and Mengo  and is also seen as the unifier of the Baganda who are found in more than 52 clans located in around 18 counties of Buganda, central Uganda.

The Kabaka’s 26th Coronation anniversary Celebrations are currently on going at Nkumba University Playground in Busiro.