Gen. Kale Kayihura to be Retired in 2020 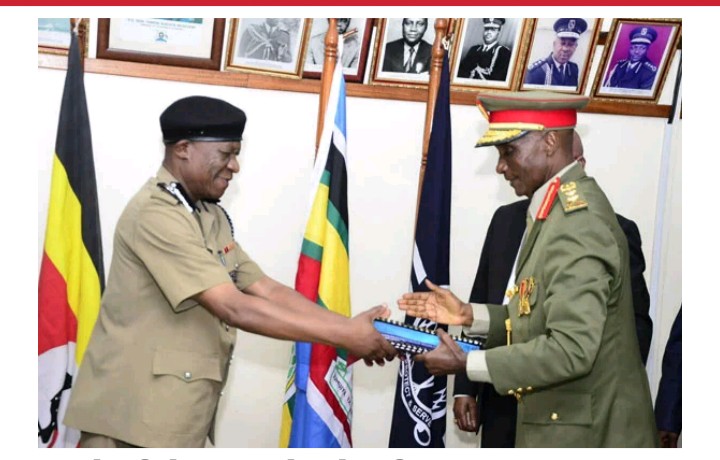 Gen. Kale Kayihura to be Retired in 2020

As Mr. Museveni starts parting ways with the old guard, our sources have learnt that the embattled former police chief, Gen. Edward Kale Kayihura is among those poised to be retired.

Gen. Kale Kayihura was Uganda’s longest serving police with a thirteen year reign which was short-lived by his sacking last year. His sacking was announced by Museveni in a tweet posted on March 4 last year. The tweet went viral in just seconds as Ugandans celebrated, welcomed and embraced the sacking citing several atrocities committed by Museveni’s hencman. Three months later on June 13, a suspicious Kayihura was intercepted by an SFC led operation as he tried to flee out of country in seek of asylum after reports predicting his arrest were all over.

Prior to his sacking, Museveni had held over three high profile security meetings arising from the elevating insecurity that had spread throughout the country. In the last days of his reign, arrest of opposition politicians was a daily bread, panga wielding robberies were part and partial of his rule and lastly police brutality among other things.

Just like Amama Mbabazi with his POMA, 2013 which swallowed him when he declared his presidential ambitions, Kayihura caught up with his own draconian law in which he wanted suspects detained for 90 days. This law saw him remain in detention at the Makindye military facility for 73 good days. Kayihura’s arrest was foreseen by himself when security hatched an operation targeting his aides notably, Herbert Muhangi (Flying squad boss) and Nixon Agasirwe. ( Head of Nalufenya) The latest January, 2018 big fish was the notorious Abdullah Kitatta who commanded the Boda Boda 2010 militia group.

After three good months of pleading with Museveni, Kale Kayihura was tried in the Makindye court martial on August, 24 and obtained bail on 28 that very month. A day later, his long time police critique, ASP Muhammad Kirumira was gunned down. It seems tough terms and sanctions had been imposed on the once powerful general. From his acquisition of bail, he is reportedly contained within his Lyantonde farm with most of his movements being monitored under state surveillance. Ekyooto has learnt that his forthcoming retirement will still not grant him any autonomy.