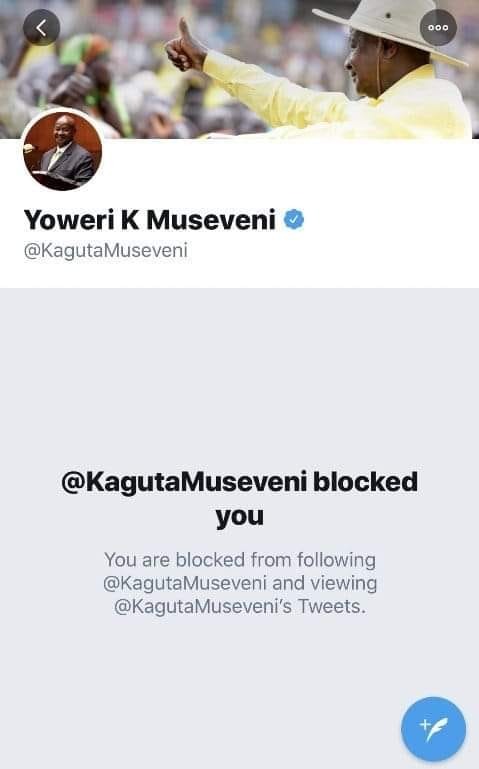 Museveni who has been at the helm of the continent’s most followed leaders on Twitter is likely to drop a bit lower than his million followers. The 76 year old dictator has been at a grip of Uganda’s power since 1986 when he ascended through a guerilla coup

This Twitter Followers reduction prediction arises from his latest tendency of blocking members of the public who have been challenging his unaccounted operation wealth creation trips. The dictator now sees that OTT cannot offer any more relief. For the last three weeks, Mr. Museveni has been facing numerous criticisms over his outrageous acts. The aging dictator could not stand the trending People Power and Free Stella Nyanzi Hashtags and the online pressure and so has began blocking most of the opposition tweeps that keep subjecting him to debates.

Earlier last month, a frustrated Museveni first un-followed his praise singer and DP recruit, Jose Chameleone who declared how he had ‘left’ NRM to stand with the oppressed.

Today when Museveni uploaded a fresh video of his luxurious pending Kisoro trip, our reporter teased him with a tweet reading, “@yoweri you had over thirty years to do all that, why panic now?”. A furious Museveni responded by blocking the user.