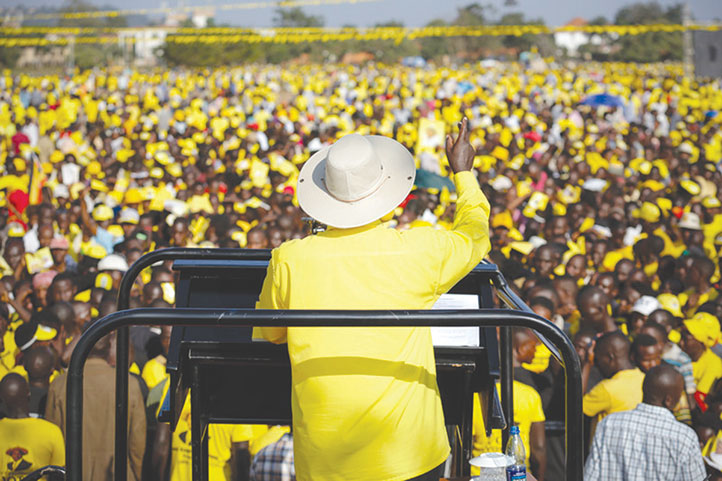 As 2021 comes closer, Government has drafted a code of conduct in a bid to regulate the operations of opposition  political parties.

Last Thursday, Attorney General William Byaruhanga tabled before Parliament five Bills in which government proposed a series of reforms in the laws governing elections in the country.

Other parts include the language to be used; how the parties would relate with the Electoral Commission, the media and Uganda Police Force; conduct during campaigns and polling process; how to handle outcome of elections; and the role of election monitors and observers.

On enforcement of the Public Order Management Act (POMA), the Opposition political parties have had a share of disappointments with their meetings being blocked or dispersed by police.

With the proposed code of conduct if the amendment is passed, the government wants political parties to cooperate with police in conducting the arrest of their members found to have violated the electoral laws.

Concerning the conduct of political parties during campaigns, government has moved five proposals which include respecting the rights and freedoms of all other political parties or candidates; respecting the freedom of the press; no disruption of campaign efforts of another party or candidate; no imitation of symbols of other parties; not holding rallies close to one another in the same time; and not exercising undue influence for the release of party members arrested for alleged violation of electoral laws.

During voting, the code proposes that political parties shall cooperate with election officials for peaceful polling; cooperate with the police and other law enforcement agencies for safety and security of election materials, party agents and electorates at the polling station.

On issues of intimidation and violence, the new code proposes that political parties shall not encourage violence by its members/supporters or affiliates; advocate ethnic and racial incitement; or establish or maintain militia groups.

However, After any elections are declared free and fair, government proposes in the code of conduct that a party that is satisfied with the outcome declared by the Electoral Commission shall make a pronouncement to that effect, whereas in case of dissatisfaction, the aggrieved party shall petition the relevant court.

The National Consultative Forum (NCF), which brings together all registered political parties or organisations has been proposed as the implementer and enforcer of the code with powers to investigate any reported breach even when there are no proposed specific punishments for the breach of the code.