Katureebe accuses the Auditor General of tarnishing his name and image 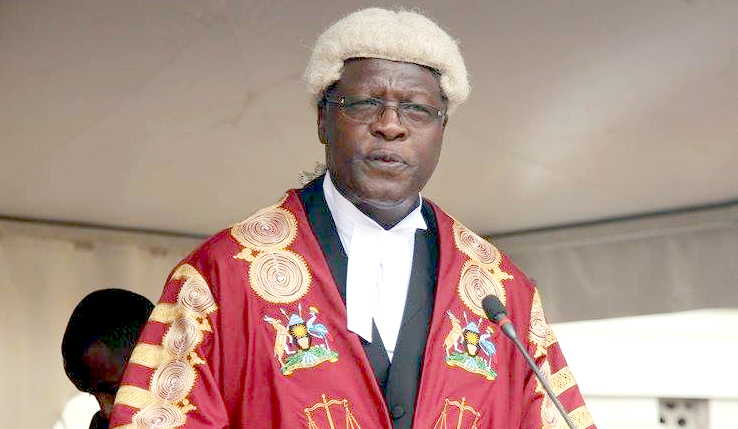 The Chief Justice Bart Katureebe has condemned the Office of the Auditor General for publishing an error in its 2017 /2018 report to parliament on the judiciary expenditure.

Mr. Katureebe noted that the false report tarnished his name and the image of the office of the chief Justice. This was said during the official transfer of office to the new Permanent Secretary Pius Bigirimana at the high court building in Kampala.

The auditor general’s reported claimed that over 400 million shillings was spent on the construction of two toilets at Katureebe’s home and at the Entebbe court.

“I don’t want to pretend that I am happy when I am not,” he said.

The unhappy Chief justice noted that the Auditor general had since admitted to him that there was an error in the report which left him wondering how many such errors that went through undetected.