Museveni has offended us for over 30 years-Stella Nyanzi 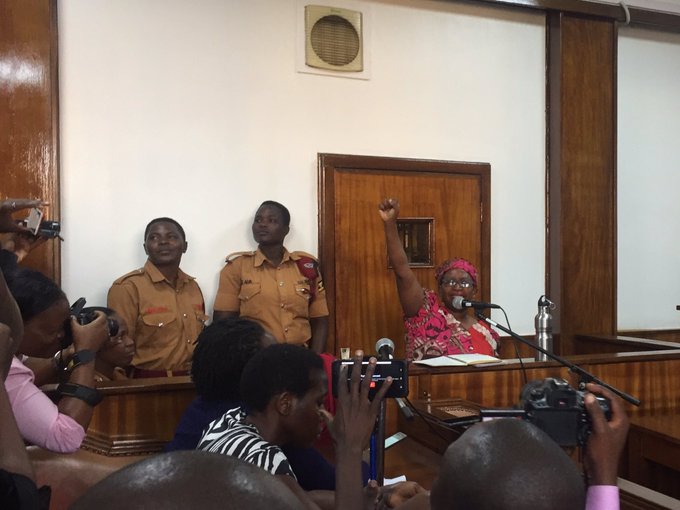 We continue to bring you updates on the Stella Nyanzi ruling going on this evening at Buganda Road Court:

Given an opportunity to speak before her sentencing, Dr. Stella Nyanzi has made an impassioned speech saying the following;

“Let my children be motherless if it means I can speak truth to power” she added, to cheers from the gallery

“Find mE guilty of offending Yoweri Museveni because that is what Ugandan mothers should do. We are tired of dictatorship” She then burst into a chant of “viva opposition”

“I would like to embolden young people…our youth must learn to use their voices.” “the internet must be protected, the public media has been silenced”

“If I have committed a crime, send me to a prison that takes care of women’s needs. Can something be done about the blocked toilets & the UTIs at Luzira prison? We have a sick bay with no doctors”