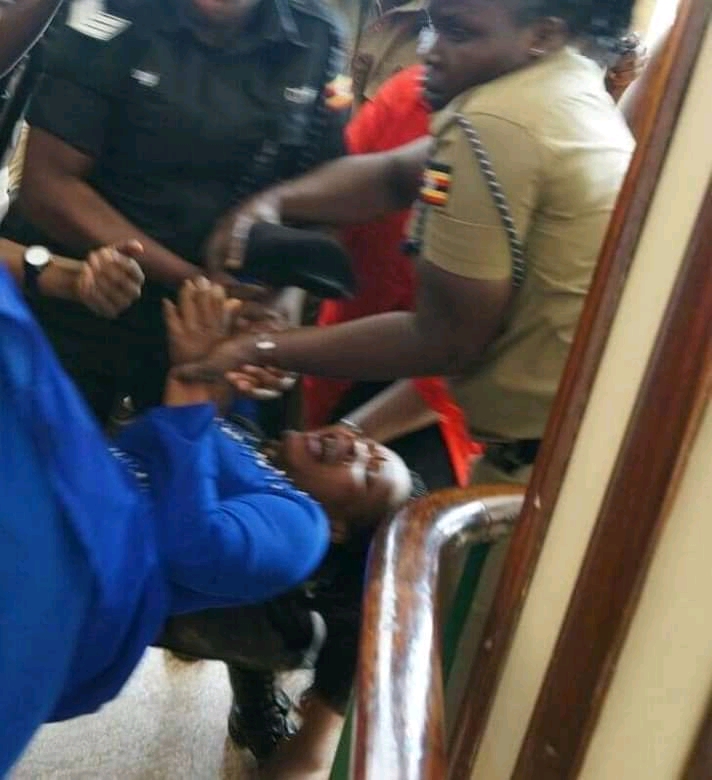 Dr. Stella Undresses before Magistrate, Sentences Her for Nine Months but Thanked with a Bottle on Her head

Buganda road court magistrate, Gladys Kamasanyu has today faced the worst of her career moments while delivering her sentence in the case of Dr. Stella Nyanzi against Uganda.

In an overwhelmed courtroom packed past capacity, Kamasanyu failed to contain the raged charged furious public. A feminist whose uterus was taken by police rose up and lashed out at the magistrate as she reminded her about the pending injustices where Ugandans are languishing in oppression. When Kamasanyu realised that Dr. Stella was unremorseful, she sentenced her to sleep in Luzira for 18 months though she had to deduct the nine months she has spent on remand. Dr. Stella stripped live on video in protest of the ruling. A pelted bottle flew out of the public and went directly at the forehead of Kamasanyu. Her guard were caught by unawares and surprisingly desecnded on the entire courtroom beating up all people at random. In the process, police arrested a number of FDC activists; Waiswa Abdul, Wanyera Simon, (former Makerere student) Joel Kabalye, Fatuma Abenabyo, (FDC lady who was stripped by police in 2015) Katumba Moses and a human rights lawyer, Ojobile Augustine.

Gruesome scenes of the notoriety in the nasty courtroom have gone awash social media platforms. CNN Journalists who caught the scenes have condemned the excessive brutality of the Ugandan security forces. Ugandan government has been projected as the leading human rights violater in East Africa.