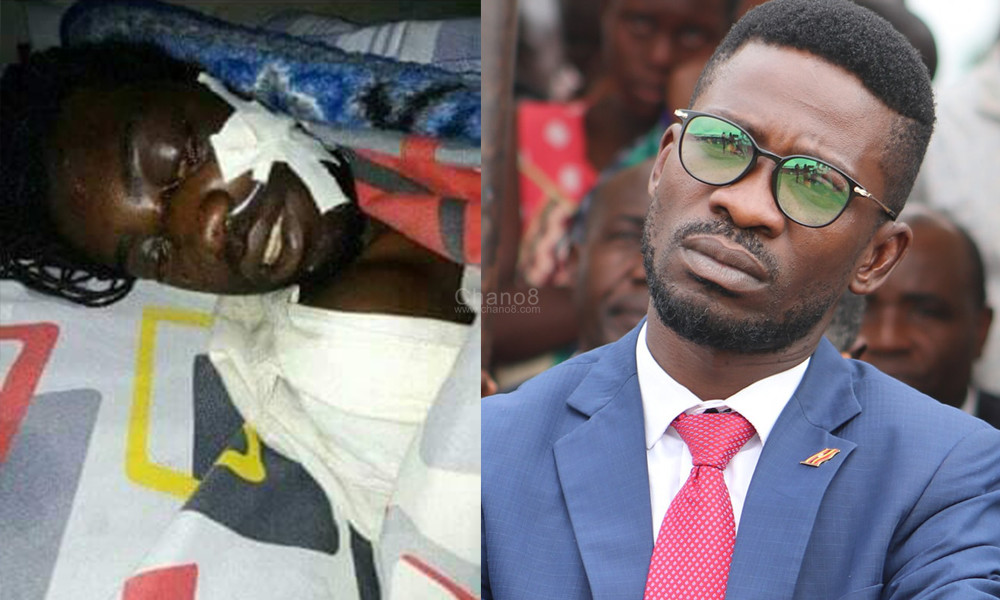 Michael Kalinda aka Ziggy Wine has succumbed to torture wounds and burns.

Ziggy Wine a Loyal people power supporter  was reportedly kidnapped on July 21, 2019 by yet to be identified people only to be found dumped near Mulago hospital weeks later and in critical condition with his left eye plucked out and two fingers cut off.

Ziggy was then rushed to the Mulago casuality section where he received first aid before he was transferred to a private health facility by his family and friends.

However, a family source who preferred anonymity noted that the shift  from Mulago to a private healthy facility was due to threats that they got from unidentified people.

Ziggy wine succumbed to torture wounds that included burns on his upper body which were allegedly from a flat iron.

“Yes, he died this (Sunday) evening,” a source that preferred anonymity confirmed to this website.

Much as Ziggy’s kidnap has been allover the news, on Saturday August 3, Kampala Metropolitan Spokesperson Patrick Onyango said that Police had not yet received any reports about the alleged kidnap because the family had chosen to keep it to themselves. He however noted that Police was to launch an investigation in the matter to bring the suspects to book.

Ziggy Wine was a musician and social media manager in the Fire base entertainment crew which is led by Kyadondo East legislator, Robert Kyagulanyi alias Bobi Wine who also confirmed and condemned the manner in which his aide Ziggy wine had been tortured.