Gaagaa bus bursts into flames, in yet again another accident. 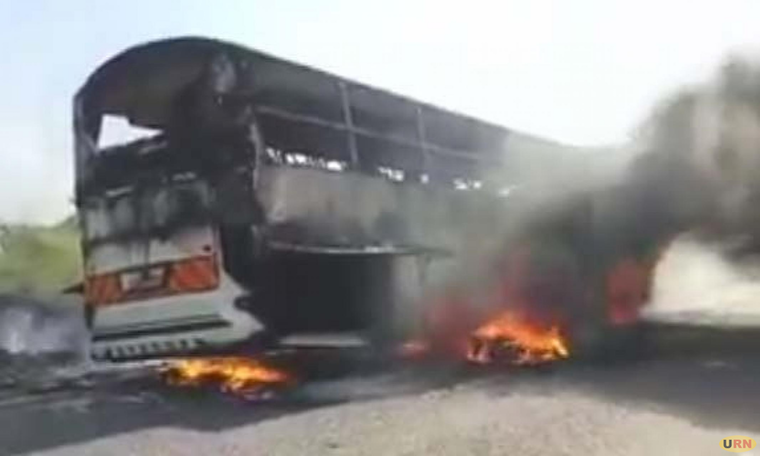 A bus belonging to Gaagaa bus company on Sunday went up in flames in Nebbi district, in yet another accident involving the company’s buses.The bus, registration number UBB 991Y from Kampala heading to Koboko via Arua district went up in flames after one of the tyres burst and later caught fire.

All the 65 passengers on board managed to escape unhurt, while the driver Kasim Kayimbi took off after the incident. One of the passengers on board said that they heard a loud noise after the bus hit humps. Thereafter, they saw blak smoke and all passengers rushed out. The driver took off just before the bus burst into flames. Nobody was hurt however most of the luggage was lost in the flames.

This is not the first time Gaagaa buses have been involved in accidents. Last year, the bus’ services were suspended by the ministry of transport following 3 fatal accidents. The bus’ drivers were put on a training programme and the company told to buy new buses. The bus that burst into flames was one of the new buses.