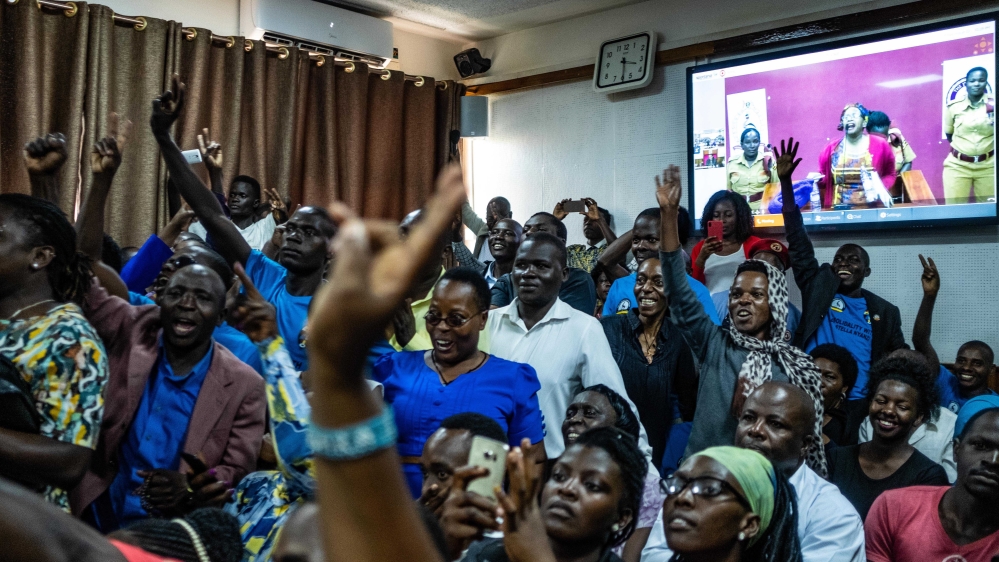 There is no justification for what happened at court last Friday as court pronounced itself in the infamous Stella Nyanzi case. We believe however that the Law will catch and handle those that stepped out of line within the prescribed and legal ways. We hope so anyway.

The incident at Buganda Road Chief Magistrate’s court however is part of the growing evidence of the power of coercion in Uganda. A look at the history of judicial process in Uganda proves this.

Last week’s incident draw our attention to what common citizens perceive the courts as regards their duty to dispense and officiate justice. Ugandan have for a long time weathered injustice being rubber stamped by the courts. We have several incidents to show for this; When Dr. Besigye was given court bail in 2005, Mr. Museveni reversed the order and sent black mambas to rearrest him in 2005,  in 2018, AIGP Kaweesi murder suspects were also rearrested by plain clothed men despite obtaining bail . In 2015, a section of Kale Kayihura loyalists under Kitatta’s command stormed Makindye court and threatened to beat up the city Lord Mayor, Erias Lukwago.

In a 2005 article by The Observer, Gen. Sejusa was quoted telling judges to back off since they were dead asleep as he and other NRA fighters were in the bush fighting. The ensuing Gen. Tumwiine’s belittlement of the parliamentary legal affairs committee is itself a manifestation of abuse of the legal system.

All these show that the architects of the system themselves (Mr. Museveni and crew) have also made a vote of no confidence in the institutions of the country including the judiciary. What would one expect of the common civilian who pelted Gladys Kamasanyu with water bottles?

Should they respect court after seeing all these precedents set by those in power. One cannot place double standards.  If courts have also relegated themselves into money making ventures succumbing to whatever Museveni has to offer them then citizens have no choice but lose hope in the temples of justice.

In the 2016 presidential petition placed in by former presidential candidate and ‘Go Forward’ leader, John Patrick Amama Mbabazi court again exhibited weaknesses. The court said that much as the election was rigged, the fraud was not substantial to alter final results.  The Ugandan court ironically in simple terms said, “Yes you stole the money but it’s just 20,000 shillings not a million as Mr. X says”.

Therefore, while the judiciary calls for respect and protection, they need to cast a light into their own conduct and the conduct of their appointing authority; the NRA/NRM regime.