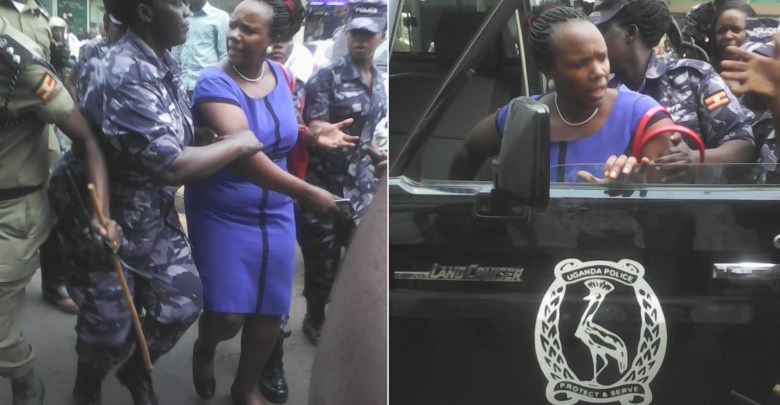 The FDC secretary for mobilization, Ingrid Turinawe has accused police of starving suspects who were arrested at Buganda Road Court on Friday during the hearing of Dr. Stella Nyanzi’s court session.

However even when they have been charged with assault, malicious damage and contempt of court, they are being starved to death under the orders of a oneASP. Baryamba the OC . The six suspects were arrested after a court attendee pelted a water bottle at Grade one Magistrate Glady’s Kamasanyu after she had sentenced Controversial Makerere Researcher Stella Nyanzi to 18 months in jail.

Nevertheless, efforts to get the six suspects released on Police bond has since failed, Anselm Besigye was the first to try and bail them out but police denied him access.

Some of the suspects profiles are;

Fatuma Abenabyo, a NEC member of the FDC, and Secretary for Environment, a hardened and fearless activist better known as ‘Naigaga,’ was undressed by police in 2015 at Kanyaryeru, along Masaka Mbarara road.

Augustine Ojobile is a member of an activist group Jobless Brotherhood famous for dropping piglets at Parliament and key places in Kampala.

Simon Wanyera is another strong activist who commonly identifies himself as ‘The Revolutionary Son’ with a record of violent activism, police arrests, and a regular in police cells.