I only invited Ogwal to see painting-Gen. Elly Tumwine 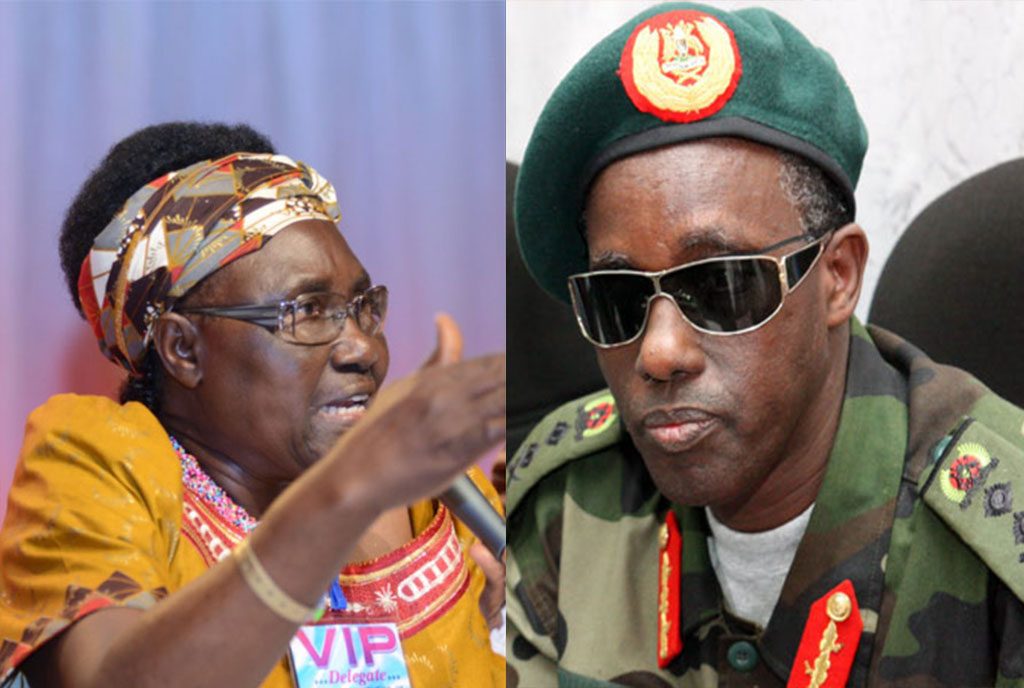 Appearing before the Parliamentary Committee on Rules and Privileges this afternoon, Gen. Elly Tumwine has lashed out at MP Cecilia Ogwal and Atkins Katushabe for being “liars”

He claims that the two are after bringing his name in disrepute and bringing the name of UPDF under bad light. He also adds that being a long serving Parliamentarian, he is a disciplined citizen and officer who has never even brought a gun to Parliament.

Explaining the video in which he appears to be threatening Cecilia Ogwal, Tumwinw says that he was only inviting her to come and look at his painting in the corridor of Parliament which he drew in the campaign to fight malaria.

As always, Tumwine was arrogant and entitled and the Committee struggled to have him adhere to their rules. He preferred to operate on his own wishes and at some point some MPs were not comfortable with the way he was disrespecting the directions of the Committee Chair.