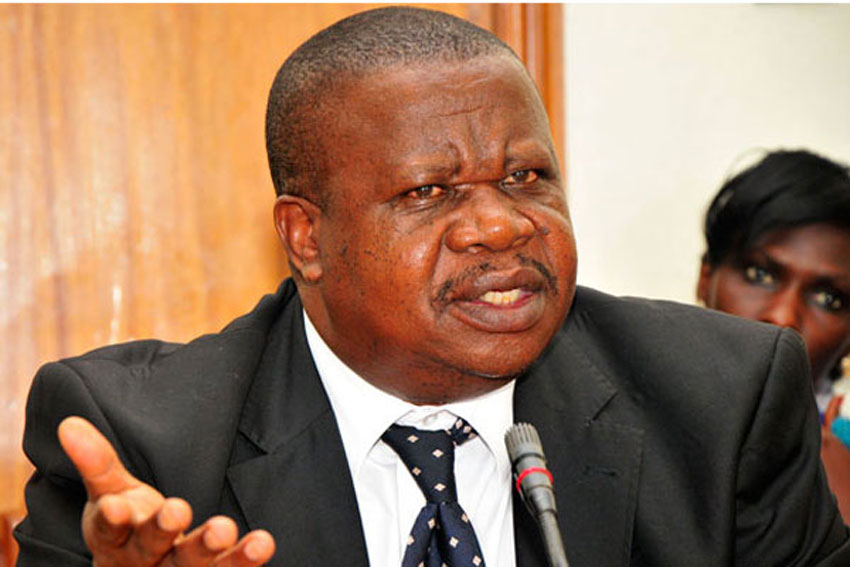 This afternoon, Minister for Justice and Constitutional Affairs, Gen. Kahinda Otafiire has come out to add his voice to the members of the NRM regime condemning the throwing of a water bottle at Magistrate Gladys Kamasanyu during the sentencing of activists Stella Nyanzi.

While appearing at the Uganda Media Centre, Otafiire cautioned the public against any behaviour that disrespects judicial officers and courts of Law. He said that everyone should use the opportunity accorded within the law to have any of their issues addressed.

He also talked about measures that his Ministry is going to put in place to protect judicial officers and accord them a conducive environment to do their work. He said that they cannot ignore such acts as those of last week.

“Tomorrow they may throw grenades at judges in court” Otafiire added

This comes as there is increased mistrust among the public in the judiciary which has led to acts such as those of last week for citizens to express their dissatisfaction with the way justice is delivered in this country.