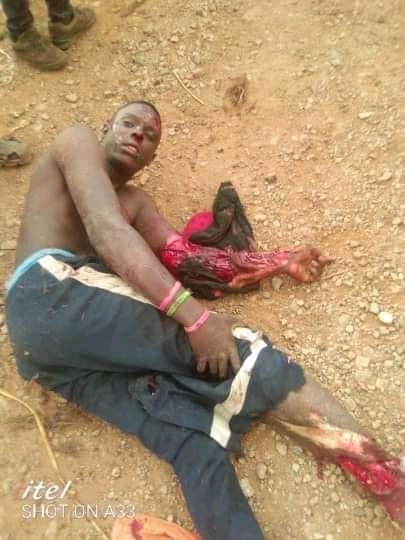 Amarteur video footages captured by our reporter show this police vehicle instantly knocking on the rear side of Mityana MP, Hon. Zaake Francis Butebi. In the process, Zaake’s vehicle skids off the road and almost rams into an approaching canter truck. The police vehicle further chased after Bobi Wine’s car and knocked more people as they fired live bullets at the cheering crowds.

The deceased cyclist has been identified as Hakim Ssekamwa. He was knocked by the police vehicle, UP 2525 (zoom into the photo to identify the police officers). Ssekamwa was rushed to Bombo hospital where the doctors refused to handle him. He was referred to Mulago hospital where he has today perished to the sustain injuries. At Mulago, doctors refused to work on him because his relatives could not offer the required shs 270,000. This news comes at a moment when People Power has just buried a murdered Firebase artist, Ziggy Wine.