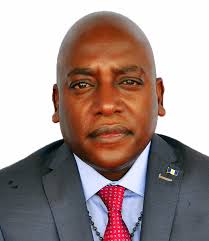 Kalungu west member of parliament Joseph Ssewungu has rubbished the recent declarations by the spokesperson of Uganda police, Fred Enanga, on court and termed them as misuse of authority.

On Monday while addressing the media Enanga said the force will no longer allow people entering courts of law wearing party uniforms, having water bottles or anything that can be used to cause harm. Now, Hon. Ssewungu while speaking to journalists at Parliament has termed the declaration as rubbish and unlawful since Enanga does not have the powers to make such orders.

Enanga’s declaration followed the chaos that erupted at Buganda road court where a group of people said to be FDC members hit magistrate Gladys Kamasanyu in the face with a bottle while delivering her verdict in social activist, Dr. Stella Nyanzi’s computer misuse case. Court was filled by people wearing blue, attached to FDC, and red, attached to Bobi Wine’s People Power movement.

Ssewungu, one of the People Power movement coordinators, has said that while he condemns the acts of hooliganism that resulted into assault on a senior judicial officer, he believes Enanga’s directives will not work because he has no powers to dictate what should be done in the judiciary.