Kaweesi murder suspects given bail, but returned to Luzira prison. 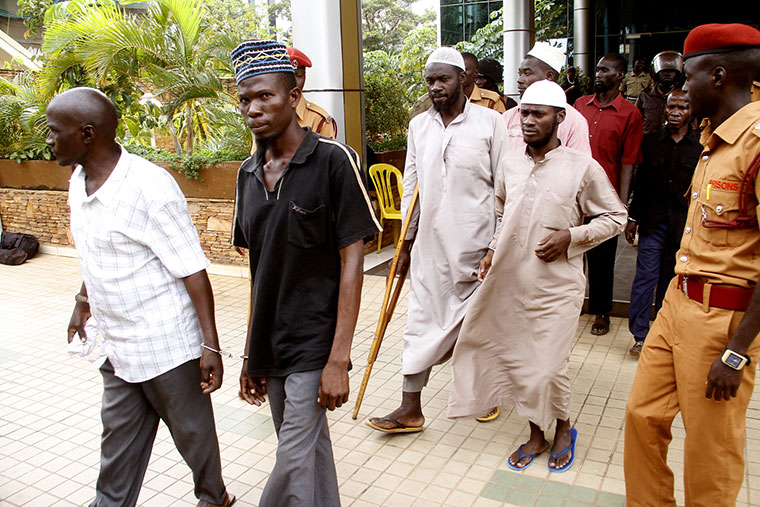 The International Crimes Division of High Court yesterday granted bail to the eight suspects facing trial for the murder of former Police Spokesperson, Andrew Felix Kaweesi. However, prison officers refused to release them and they were returned to Luzira prison.

The prison authorities said that there was a pending production warrant issued against them by Nakawa Magistrates Court.  Assistant Superintendent of Prisons Ekalam told court that on May 23, 2019, they received a production warrant in respect of the accused. However, the Prison officer said that the document wasn’t clear whether the charges are connected to the matter before the ICD. Mr Ekalam said they wrote back to Nakawa Court seeking clarification whether it’s the same file at ICD but hadn’t received feedback.

Justice Mugambe, who had released them on bail, told the accused that she had cleared their bail, saying the remaining issues can be ironed out by Nakawa Court. Shortly after this, prosecution instituted charges of forging identification cards and human trafficking against them at Nabweru and Mukono Magistrate’s court respectively. They were therefore returned to Luzira prison pending hearing of the new charges.