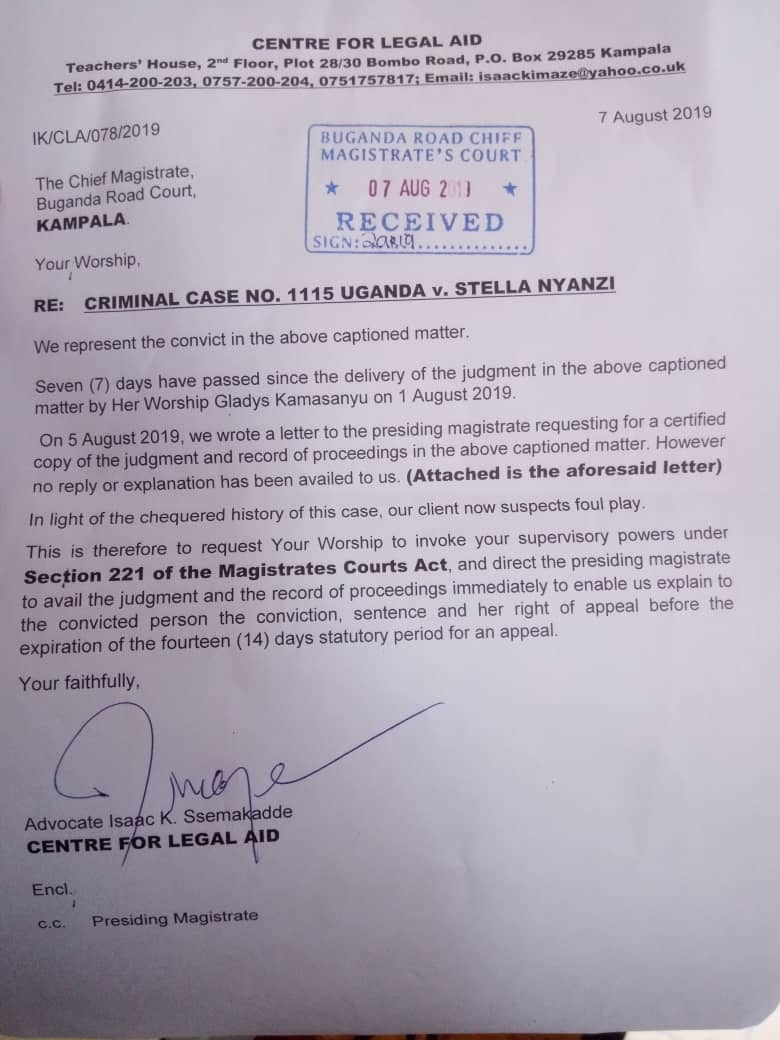 Eight days later from Dr. Stella’s conviction to nine months in Luzira, her trial magistrate has never availed her a copy of the judgement as the law dictates.

Dr. Stella will sleep in Luzira for nine extra months without even seeing a copy of her judgement in the criminal case no. 1115 Uganda v. Stella Nyanzi. Speaking to Ekyooto, her lead counsel, Isaac Ssemakadde of Centre for legal aid revealed how they have written to Buganda Road court a series of letters but without a response. We ran a story yesterday that Gladys Kamasanyu got court leave after Dr. Stella’s sentencing and now this turns to be the impact of her absence.

In a letter seen by our sources, a part of it reads, “On August 5, we wrote a letter to the presiding magistrate requesting for a copy of the judgement and record of proceedings in the above captioned matter. However no reply or explanation has been availed to us”. Kamasanyu’s refusal to avail a judgement to the convict contract and violates section 221 of the Magistrate Courts Act.