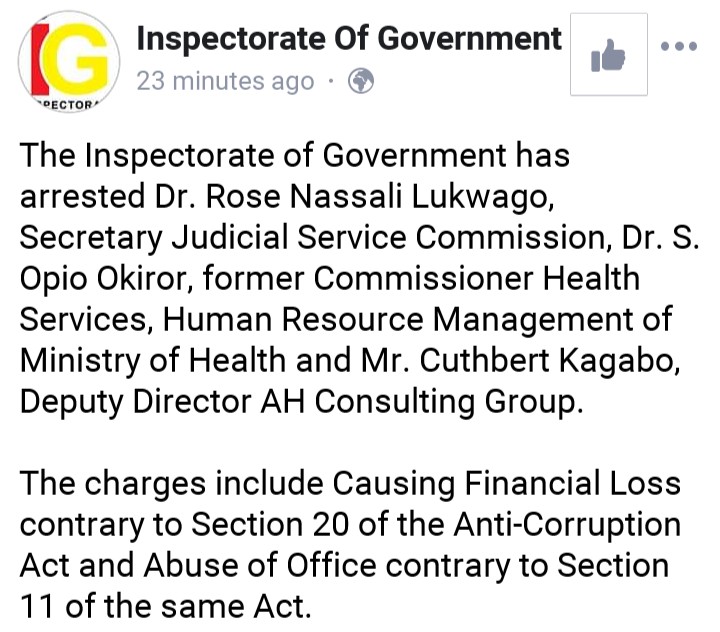 In today’s crackdown, the office of the inspectorate of government, Irene Mulyagonja has arrested over five top officials in the different government ministries over their deliberate indulgence in corruption acts.

Today’s operation led to the arrests for; Dr. Rose Nassali, secretary to the judicial service commission, Dr. S. Opio Okiror, a former commissioner to the health services, the human resource management of the health ministry and Mr. Cuthbert Kagabo who serves as the deputy director of AH consulting group.

The arrests have been confirmed in a Facebook post issued by the office of the IGG. These arrests come just a month after parliament instituted a probe into the fraudulent tendencies that had hit the Bank of Uganda following the extra cash print scam.