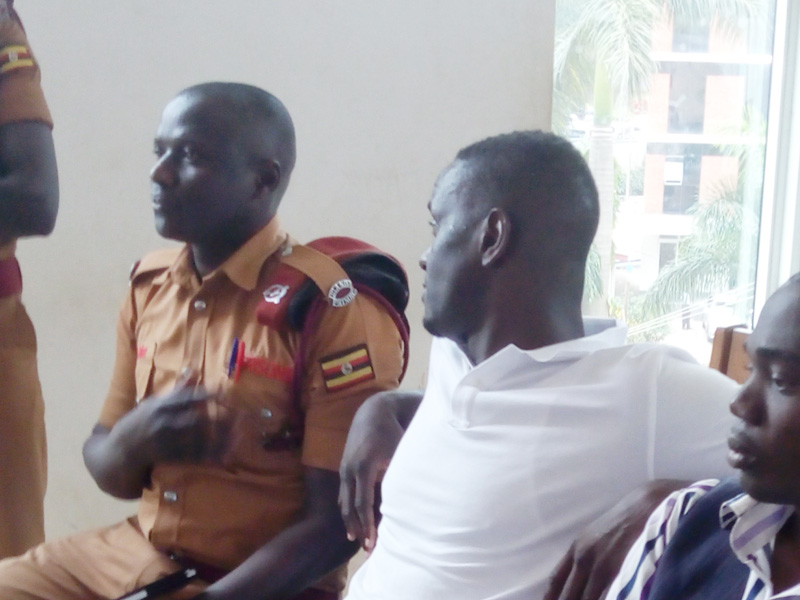 The name Richard Arinaitwe used to send the chills down the spine of every Ugandan back in the early 2000s. He is a serial killer connected to several murders. However, his popularity grew with his savage behaviour in court, attacking magistrates, judges, journalists or anyone who he did not like. He was a real life psycho.

Arinaitwe was sentenced to death for killing Goetz who had come to Uganda to follow up on the use of HIV/AIDS funds.

However in 2006, the Supreme Court ruled that all death row inmates who had not been executed after five years prison would have their sentences reduced to life in prison which is equal to 20 years. The serial killer however appealed against the same in the Court of Appeal.

Three justices of the court (Elizabeth Musoke, Hellen Obura and Ezekiel Muhanguzi) ruled in favour of Arinaitwe’s appeal against the conviction and sentence succeeds. The court said that while the sentencing judge took into consideration and mentioned all the aggravating factors raised against Arinaitwe, the court never mentioned the mitigating factors raised by the appellant(Arinaitwe).

The judges took into consideration that the victim was murdered in a violent manner and that the same was planned and executed without remorse but on the other hand argued that Arinaitwe was still young and had bright future ahead of him and therefore ought to be given a rehabilitative punishment.

They also argued that Arinaitwe was a hardened criminal despite still being young and there was need to give him a punishment that would keep him away from society for its own safety. They therefore overturned the sentence and replaced it with 30 years but deducted the five years and three months he spent while attending trial.

This means that Arinaitwe who has now spent 16 years in jail is remaining with eight years and nine months.

With the rising levels of crime and violence, one wonders why the judiciary and state would handle this particular case so casually as to allow a serial killer back to the streets.

There was always a rumour that Arinaitwe was being used by some elements to eliminate their targets. Could this be the start of a plan to put unto the street this dreaded killer to serve his old masters?