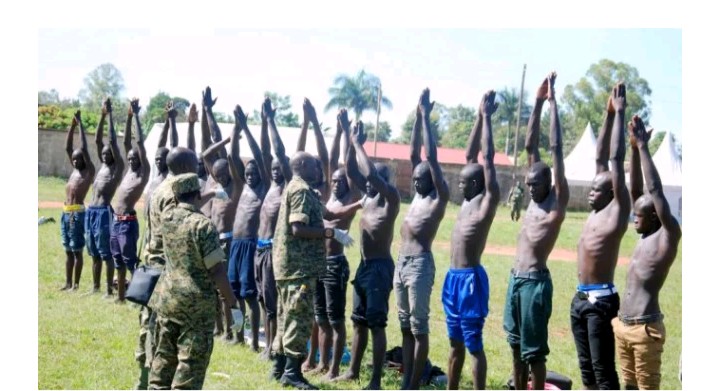 As the general public continues to witness the atrocities being committed by the newly hatched NRM militia wing, residents of Zzana will have the night of 7, Aug at a grip of their memories.

This follows a series of well coordinated LDU attacks on the homes in the neighborhood of renowned media personality, Joseph Tamale Mirundi. The locals have revealed that in the night, LDU armed recruits were knocking at each and every home door as they pulled those who opened out of their homes. “It was an unbelievable moment, we all thought we are back in the Obote era”, said Nambalirwa, a victim whose son was taken by the LDU from her home indoors.

The captured people were all tied on a rope and paraded in a manner similar to the slave trade days. They were then walked away in a mega caravan led by the LDU troops from all sides. Many people were in the process beaten up with gun butts.

Police has not yet made any official statement in the regard of last night’s LDU attacks on the Zzana locals. The LDU right from its formation has been at the helm of criminality in Kampala and Wakiso districts. People numbering to 30 have been shot by the LDU troops and so far ten deaths are confirmed.