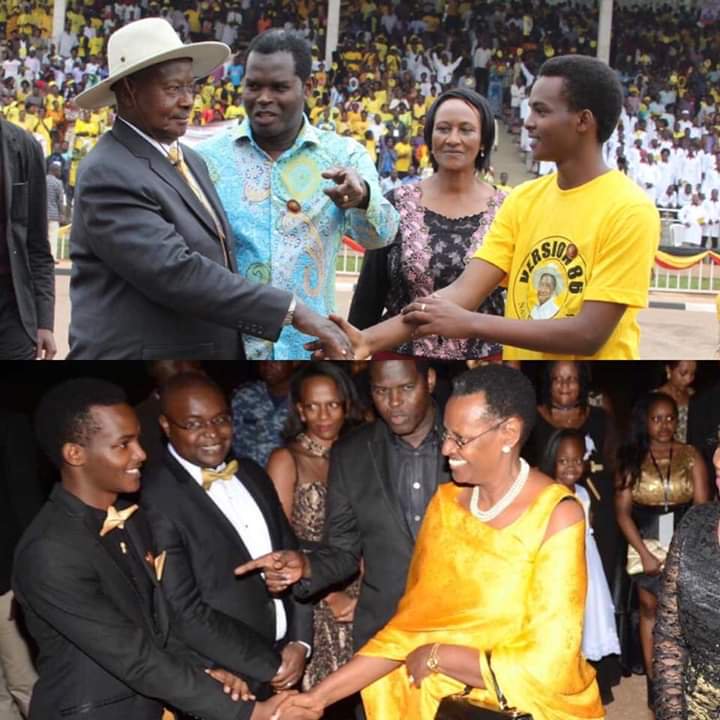 Following the Police statement in the case of Ziggy Wine, NBS journalist swung into action to corroborate the story put forward by Fred Enanga.

The young journalist paid a visit to the said scene of crime between Kalerwe and Kyebando where he interviewed some individuals who allegedly were aware of the accident. They confirmed that indeed Ziggy Wine had been involved in an accident at that site.

Canary Mugume also moved with a tape measure and was seen examining the trench where Ziggy Wine is said to have fallen and in the process cut off his fingers and plucked his eye out. We are not sure whether chief Inspector Mugume has the missing eye and fingers of Ziggy Wine. He is yet to furnish the public with those details.

This is not the first time that the NBS journalist has come out to help the state in regard to People Power issues which has made many question his professionalism. Often times, photographs have surfaced online showing him clad in NRM colours and shaking hands with the President.

All said and done, Canary Mugume is the hero of the regime and Police for having closed the Ziggy Wine case with his smart investigation. He has spent the day gloating on social media for his “Heroism”