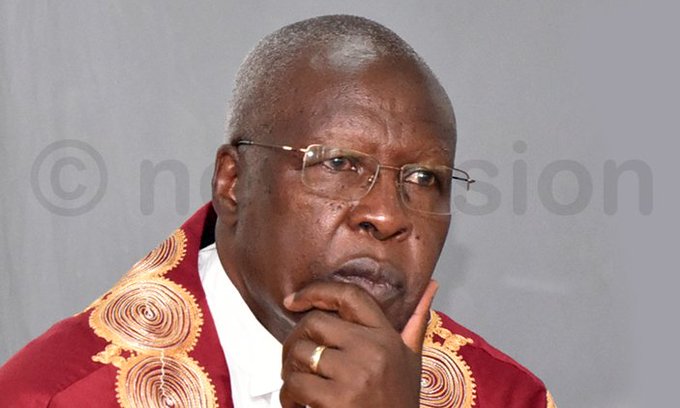 Chief Justice Bart Katurebe has been in the news this entire week on a number of issues. However, what has unsettled him mostly is the fact that the Judiciary has lost respect and trust of the citizens. This was evidenced last week during the ruling in the Stella Nyanzi case where Magistrate Glady Kamasanyu was hit with a water bottle.

Katurebe feels that judicial officers need much more respect and protection. However, he also knows that the arm of government he presides over is responsible for the public fury and meltdown owing to their conduct over the years.

Katurebe has therefore made an announcement that he has instituted a committee of inquiry to investigate cases of corruption in his docket. He says that while many decry corrupt judicial officers, few are willing to come out and point at those who offer them the bribes or compromise them in several other ways.

He hopes that by instituting this investigative team, he can make strides in saving the name of the Ugandan judiciary which has been dragged into mud.