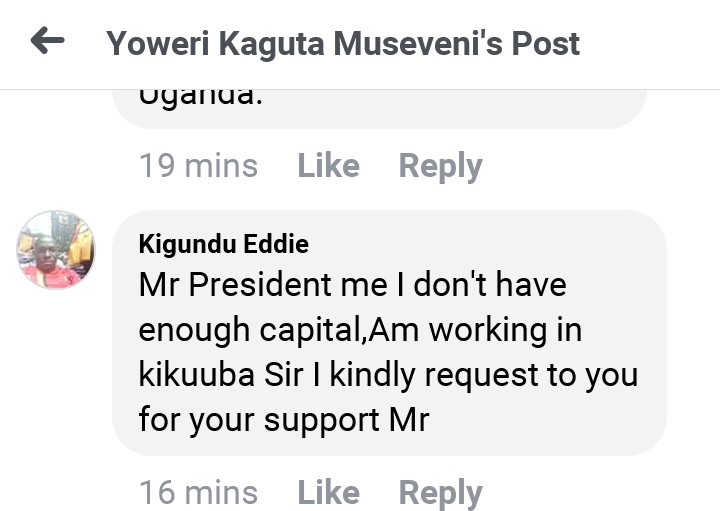 How Museveni has reduced Ugandans to beggars

From when he ascended to power in January, 1986 after a guerilla bush war against the Obote government, Mr. Museveni has kept Ugandans on empty promises.

In his first term, he extincted all the cooperative communities from Ugandan traders were getting something to sustain themselves. These cooperatives brought together a number of traders who were dealing in a particular item and at the end of it they would determine uniform market prices by themselves. There were also government owned firms that would serve the public with goods and services at subsided prices. The Idi Amin and Obote governments had put in place favourable policies to balance all classes within communities. In most cases, the poor would receive free things provided by the government. For example in public hospitals like Mulago, one would be worked on without a doctor asking for a penny as of today. Dr. Obote manifested as an exemplary leader when he refused to fly abroad for treatment and opted for domestic treatment at Mulago referral hospital. By then, the hospital was well equipped with all necessary facilities and government would closely supervise to detect any case of ‘abuse of office’. At Makerere University which was a public owned institution unlike today, educated Ugandans were getting free education sponsored by tax payers. A Ugandan child would simply go to class as he is without buying a book or beddings as case is today.

After destroying what his predecessors had put up, Mr. Museveni started isolating the poor that had put him in power. He crafted unfavourable policies to impoverish the people. All items especially households were and still are taxed ranging from a mere toothbrush to bathing soap. A destructive Museveni then embarked on privatisation of government owned companies which placed them on the verge of collapse. Today, the once prestigious Jinja is left in tatters and now a decorum of ruins of dilapidated colonial industries. The Uganda railway which once linked the land locked country to the rest of the world via Indian ocean is now dysfunctional with no hopes of rehabilitation. Mr. Museveni is determined to leave the country in ruins. Reviving the Uganda airlines at a time when he’s unpopular is a political move to convert his critics. However, one would wonder why instead of airbuses, he brought those fake private jets.

Looking at social media comments on his accounts, one can hardly scroll minus spotting a youth stranded somewhere pleading with the dictator to offer him or her some capital. It is Museveni’s strategy to leave Ugandans in the state of begging because he knows it’s only the poor that can be led for good.