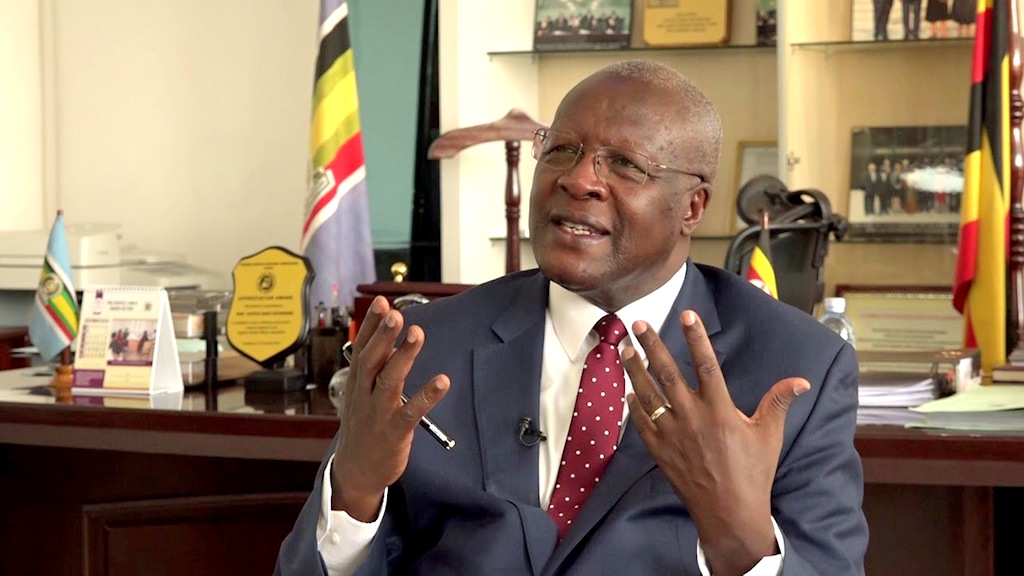 The Chief Justice of Uganda, Bart Katureebe, has expressed concern on the conduct of some lawyers in court remarking that some aim at gaining cheap popularity due to the presence of cameras in court.

He revealed that the judiciary is in discussions to decide whether cameras should be allowed in and around court premises.

“We should start having conversation in this country about the presence of the media particularly cameras in the courts rooms. In other jurisdictions, cameras are allowed in the courtrooms,” he said.

His remarks were made during the presentation of the proposed legal reforms before a special committee of parliament.

Katureebe complained that many times lawyers have turned to the media instead of handling cases as they should be noting noted that artistes should also be restricted from making sketches of what is taking place in the courtroom.

In his observations, Katureebe said that throughout his tenure, he had noticed that some lawyers and witnesses do not address the court as they should but instead seek attention from themedia.

“We have noticed overtime that sometimes, and I am saying the word sometimes not always, but sometimes, we have lawyers and witnesses not giving testimony, not addressing the court but addressing the media yet what will eventually decide the case is not what was heard by the media but what the magistrate and the judge has put on record,” he said