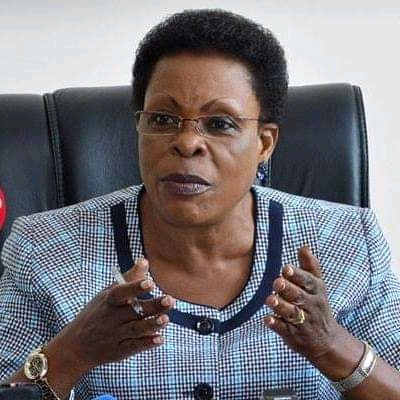 The MP-reject who got a sympathy appointment as Minister in charge of Kampala has once again hit the spotlight with unpleasant political opinions on the next general election.

While appearing in an interview with the local NBS TV, Betty Kamya did not refrain from exhibiting her political greed. The former FDC politician who featured in the 2011 presidential election under the Uganda Federal Alliance (UFA) party has commended Uganda’s longest serving dictator as a ‘tolerant, and developmental’ leader fit enough to take Uganda ahead.

Kamya, who apparently faces a dismissal from her own party further expressed how authoritative she still is as far as her UFA party is concerned. She claims that as the founder, she cannot be dismissed from her party just like that.

Betty Kamya was appointed as the minister for Kampala after miserably losing a parliamentary election in Rubaga division, Kampala. She then slammed the opposition as the source of her collapse, something that attracted Museveni’s attention. After confirming a ministerial role in the Museveni cabinet, she went ahead to denounce FDC and its presidential candidate, Rtd. Col. Dr Kizza Besigye