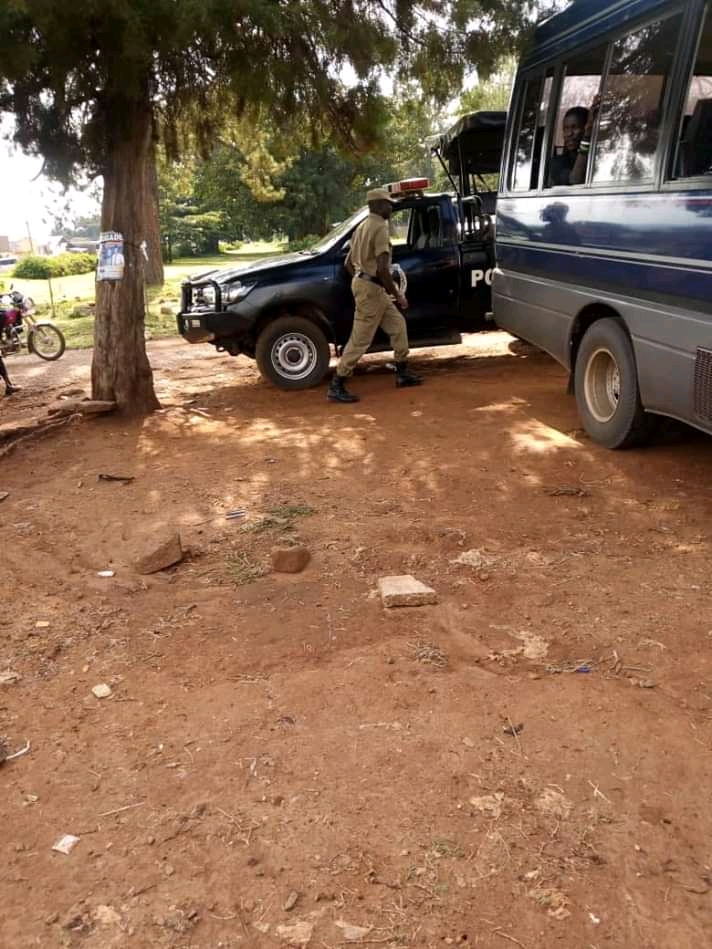 A team of musicians from Bobi Wine’s Kamwokya based Fire base crew were earlier in the day intercepted by police in Kiboga.

Speaking to Ekyooto on phone, Kyeyune Edward, one of the captives says they’ve been in the mini bus for several hours since morning. “We had gone to do charity at Kiboga hospital but to our surprise we met policemen armed to the teeth, very ready to engage us”, he says. “My friends are in pain inflicted on them, they were manned by raged cops”, he adds.

The team was zeroed off by police officers attached to Kiboga police station where they had gone to do charity work at Kiboga referral hospital. They were to do this charity work in celebration of the Idd day. Up to now, none of them is allowed to leave the bus as the OC of Kiboga police consults his Kampala bosses