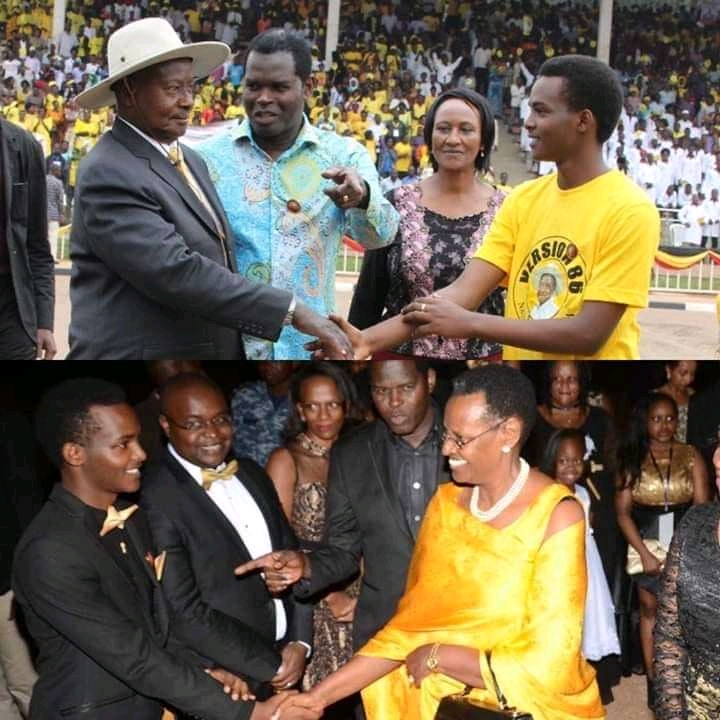 In the wake of events as the regime cover up journalist is battling with the public over the Ziggy Wine death report saga, more pressure is being exerted on him by Dr. Stella’s lawyers. In an official letter addressed to the NBS management, Dr. Stella’s lawyers want Kin Kariisa to do something in response to Canary’s biased comments on Stella Nyanzi. Here is a copy of the letter seen by our house;

It’s with much respect and deep regret that I hereby register with you our complaint against your reporter Canary Mugume and the producers of his Monday morning (5 August 2019) show who gave unbalanced, misguided and suspicious publicity to the PRO of the Uganda Prison Service, which has had already a harmful effect on our client Dr Stella Nyanzi.

We have already petitioned the Commissioner General of UPS to take immediate remedial action to mitigate the harmful effects of the publicity complained of which your NBS-TV facilitated. See attachment below.

On Friday, 9 August 2019, our client confirmed to us that her detention conditions had deteriorated after the Canary Mugume-Frank Baine scandalous monstrosity that was amateurishly fronted as “current affairs” on prime-time TV.

We want you to stand warned that if any harm befalls Dr Stella Nyanzi while she is in prison, we will seek an independent investigation into the contributory negligence of your television station in the circumstances.

We want to make it clear that we support free, robust and inhibited speech on important public events through the Independent Media.

However, the Independent Media too have obligations at such occasions, several of which were wilfully or recklesly disregarded by your Mr Canary Mugume and his handlers. For instance:

– The duty to probe the conduct of public affairs by a public body or public official: Mr Mugume simply provided a free, uncritical and unthinking platform for the PRO of the Uganda Prison Service who then indulged in unmitigated speculation, hyperbole, and fabrication about matters which are sub judice.

Neither Mr Mugume nor his interviewee cited any provision of the Prison Regulations or the laws of Uganda, for which they happily gloated that Dr Nyanzi had broken and was DEFINITELY TO BE PUNISHED by the prison authorities!!!!!

– The duty to mitigate harm: Mr Mugume and his handlers and interviewee also indulged in sensationalism at the odd occasion when our client, the subject of their comments, was not only ABSENT but also EXTREMELY VULNERABLE: locked up and voiceless. Their unmoderated conversations bordered on a call to mob justice and state-sponsored violence against the person of Dr Stella Nyanzi.

We have had the opportunity to watch the footage at issue for hours, but we have not found a single cautionary statement issued by your reporter or his handlers that Dr Stella Nyanzi’s situation calls for sympathetic consideration as she is unable to rebut the adverse statements that were made against her live on TV. Clearly your Mugume lacked the sense to foresee the risk of harm exposed to a prisoner by such unmoderated publicity at a leading media house.

– The duty to balance: As the attorneys of Dr Stella Nyanzi for nearly three years, we have given countless hours of free time to facilitate your current affairs programmes, including live talkshows. Our phone numbers are well known to your staff.

However, we’re left to wonder why on this particular occasion we were not availed an equal and contemporaneous opportunity to rebut any of the adverse and plainly harmful statements against the prisoner whose dissemination Mr Mugume gleefully facilitated.

Did Uganda Prison Service pay NBS-TV for exclusivity on this occasion?

Weren’t independent attorneys or other subject matter experts available to assist in balancing the reporting at issue?

1. A full-scale investigation into the improprieties of your reporter Mr Canary Mugume and his handlers;

2. Disciplinary action against Mr Mugume and his handlers;

4. A prime-time occasion on NBS-TV and your other multimedia platforms to be given to Dr Stella Nyanzi’s lawyers to highlight the situation of our client and undo the damage inflicted by the improprieties complained of.