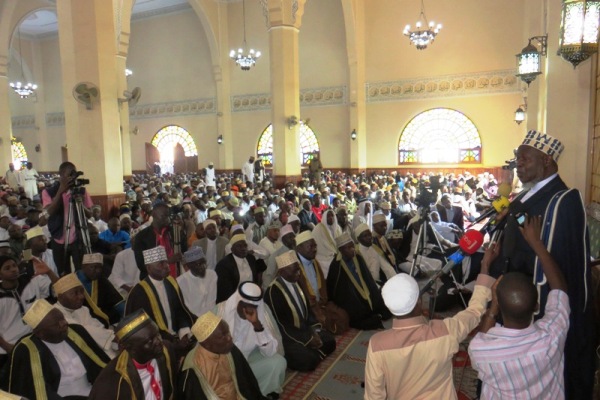 He condemned companies that manufacture guns, saying their economic activity has caused endless instability in the world.

In Tororo District, the district Kadhi, Sheik Ibrahim Asante Ragang, encouraged Muslims to participate in local and national politics which would enable them to advocate for the rights of Muslims.

Speaking at the main mosque in Tororo town, Sheikh Rarang condemned Muslims who fear taking up leadership positions or even supporting their Muslim colleagues who express interests to serve.

‘’Politics is a competition to serve but not to survive as some of the Uganda leaders have treated it. Therefore, I implore you to ensure that you compete for leadership positions to be able to influence policies that will support the growth of Islam,’’ he said.

He discouraged Muslim women from practicing witchcraft since the charms “they are given by witch doctors to solve family problems have ended up causing more problems in their homes.”

Ntungamo District Khadi, Sheikh Swaleh Kashangirwe asked Muslims to stop being greedy in order to be useful to their religion.

Preaching during prayers at Ntungamo District mosque, Shiekh Kashangirwe said many Muslims are going astray because they are greedy.

“We are increasingly becoming greedy. There is increased crime every day. We need to concentrate on what we can do best and stop looking for too much,” he said.