You cannot investigate yourselves. FDC rubbishes judiciary probe set up by the Chief Justice. 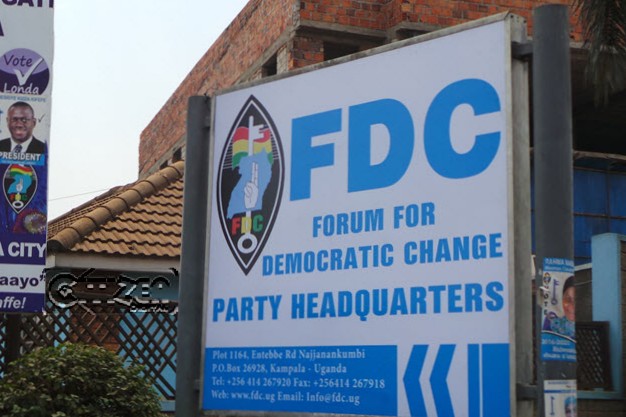 Forum for Democratic Change (FDC) has rubbished the Chief Justice’s move of setting up a team to probe the systemic corruption within the Judiciary and instead called for a comprehensive commission of inquiry.

The Chief Justice, Bart Katureebe last week set up a six-member task force to investigate allegations of corruption in the Judiciary. The team is headed by the Inspector of Courts, Ms Immaculate Busingye. The team has a number of officers from within the judiciary.

The FDC  has come out to say that there is no way an institution can investigate itself.

“Without rationalizing this incident, the FDC urges the Judiciary to subject itself to an external investigation headed by credible people such as Prof. Fredrick Ssempebwa, Prof. Fredrick Juuko, and Prof. Oloka Onyango, Prof. Sylvia Tamale. Naming staff to investigate staff including their bosses is a cover-up,” said Mr Ibrahim Ssemujju Nganda, the FDC spokesman.

FDC also urged the Judiciary to use the bottle-throwing incident in the Dr Stella Nyanzi as a moment of self-reflection about its effectiveness. “If a citizen or citizens get angry and throw an object at a court officer, a responsible institution should use the incident for self-reflection and not as a platform to wage war at political platforms and formations. Citizens fund the Judiciary to the tune of Shs255 billion annually. Yes not sufficient financing but even this little has a value,” Hon. Ssemujju said.

The judiciary is under the spotlight over allegations of systemic corruption within the judiciary and inefficiency.