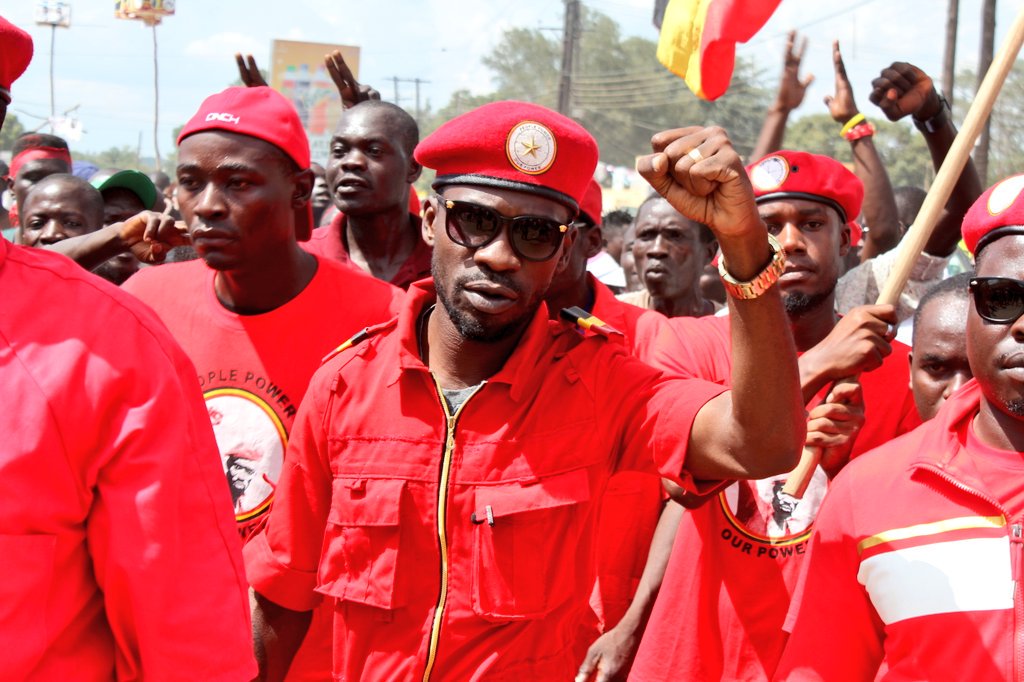 It is a year since the Arua fracas happened. In the aftermath of the stoning of one of the presidential vehicles, MPs Robert Kyagulanyi and Kassiano Wadri were arrested and charged with treason, while Francis Zaake was tortured and hospitalised.

Kyadondo East MP Robert Kyagulanyi aka Bobi Wine was arrested and tortured at the hands of presidential guards they had to implore extra effort from army doctors to get him back in shape before he could be presented to the public.

Bobi alongside 32 others were charged with treason for allegedly stoning President Yoweri Museveni’s convoy in Arua on August 13, The treason cases are still pending in court. Besides the legislators, many other people were affected by the fracas.

About 100 pipo were arrested but only 33 were charged, Bobi wine narrated that the last day of campaigns in the Arua municipality by-election. As always they had  had a great campaign day. As he  left the rally, he was convinced that the People Power candidate Hon. Kassiano Wadri would win the election and as they left the rally grounds, supporters followed the candidate’s campaign team singing songs of freedom.

But to their dismay, as everything had ended and they were waiting for voting day, Bobi wine decided to move to the hotel where he had been residing and that was pacific hotel but for some reason the driver who was driving the tundra delayed and Bobi wine decided to travel with the Landcruiser.

Hardly had Bobi wine reached Pacific hotel, one of the other drivers alerted him that Yasin Kawuma had been shot dead and before they could even in take in that SFC soldiers surrounded the place beating up everyone as soon as they set eyes on Bobi wine they started running after him.

Yasin Kawuma was murdered in cold blood and one year later Police has never presented any report on his death that came out from the investigations. Who killed Yasin?

In the search for Bobi wine, very many were tortured and others upto today are still nursing wounds and others crippled.

Days later fire arms were paraded and said to have been found in Bobi wine’s room and police also announced that Bobi wine and 32 others had allegedly stoned one of the President’s vehicle what People later termed as the Miracle stone that had been carried by 33 people.

As the Country Marks a year ever since the Arua fracas, people like Asara Night  and Shaban Atiku became cripples from the torture they suffered and Mp. Zaake who was recently acquitted from the charges of escaping from police custody as they claimed.

Bobi wine has since announced his intentions to challenge President Museveni in the forth coming elections which has created panic that most people who associate with the People Power movement have been kidnapped, tortured and others succumbing torture wounds with the most recent one being Ziggy Wyne and Ssebuufu who was knocked dead by a police truck.

As Bobi wine and colleagues are still battling the treason case, the state also slapped more charges on top of the 5 they had been charged with in the beginning however Bobi wine is determined to put an end to this regime since everyone sees him as the savior that is most likely to deliver People to the Promised Land.