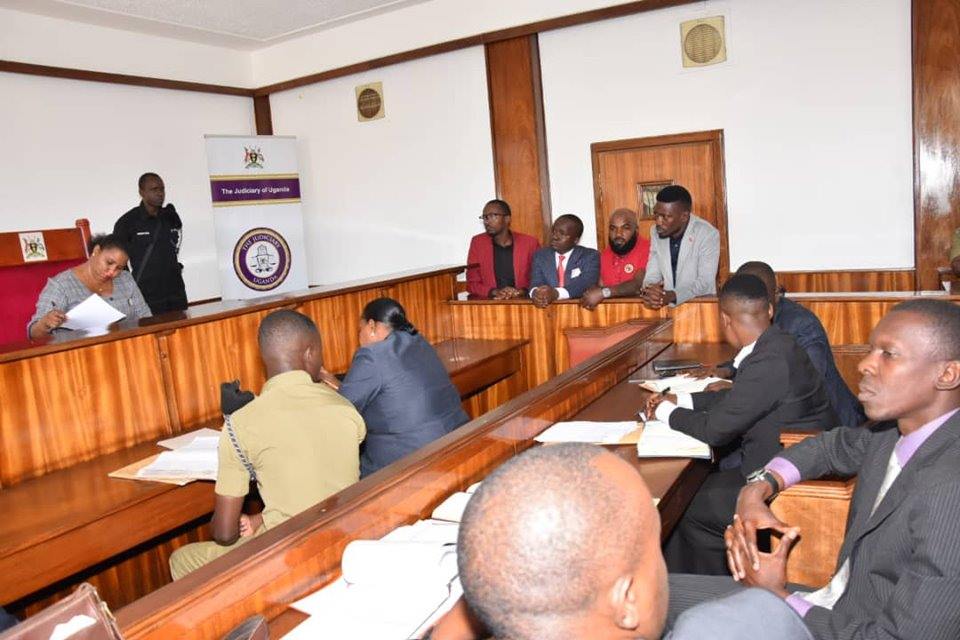 Yesterday, Hon. Robert Kyagulanyi Ssentamu appeared in Buganda Road court for trial in yet another state engineered case against him. This time round, Kyagulanyi was undergoing trial for his involvement in protests against the repressive social media tax.

However, Buganda road court adjourned the hearing of this case until 17 September 2019 to give prosecution time to prepare its evidence and witnesses. Grade 1 magistrate Ketty Acaa has ordered the prosecutor to ready his evidence then without fail! 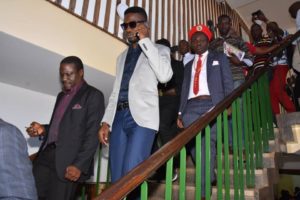 While it is the duty of the state to hold accountable those who have broken the law, it has become the habit of Museveni and the NRM government to use legal gymnastics to play political games especially against Opposition members. The state slaps every manner of charges in order to waste the time of its opponents and run their pockets dry by way of legal fees. Some times, it is the intention of the state to restrict the movement of these opposition members through acts such as confiscation of travel documents.

Whether willing or not, the judiciary of Uganda is complacent in this stifling of the rights of Ugandans which prevents them from enjoyment of their rights. On several occasions, judges and magistrates play into the game by constantly not turning up for court or imposing long adjournments during hearings in order to keep the trial as long as possible.

Hon. Robert Kyagulanyi Ssentamu is now a target of this dirty tactic by Museveni and his lapdog judiciary.