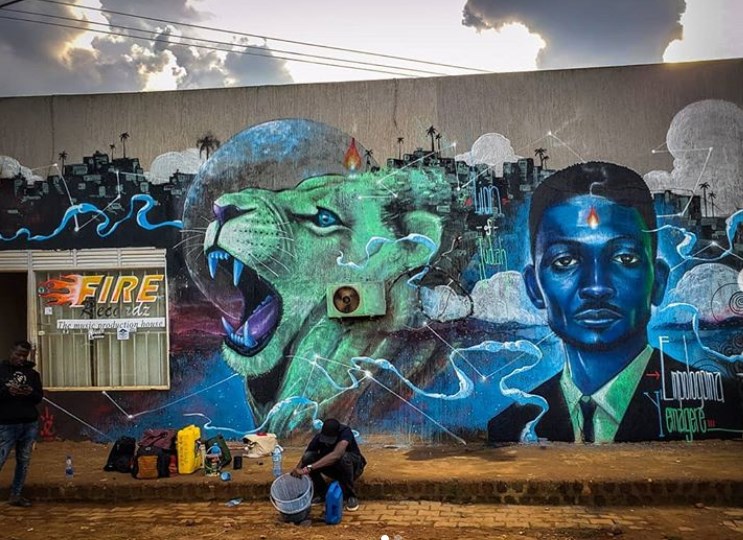 If you have been around Kampala, chances are that you have chanced upon an inscription or a painting in graffiti of Bobi Wine or simply a slogan “Free Bobi Wine” plastered on a building or a random wall. 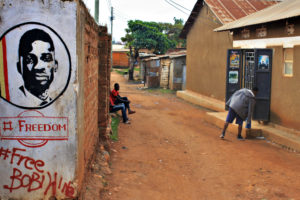 Welcome to the revolution! People Power movement, which is inspired by the use of artistic expression has expanded beyond its founder’s singing to use of graffiti art as a form of expression. Graffiti is a form of rebellion in its nature as those that plaster it often do it stealthily through the night in order to avoid detection. But that is how revolutions grow; inner feelings slowly find spaces for expression.

Revolutions can only begin if the people want change. It is our duty as members of a democratic society to express our knowledge and distrust in the systems that governs us.  Uprisings all over the world show different groups of people fighting back against these systems. 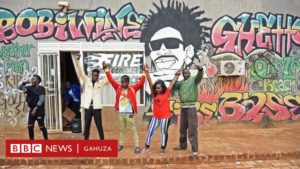 Through graffiti and street art specifically, people are able to take a creative approach at inspiring change in those around them and are able to simply and creatively bring sense to complicated situations. These artists are inspired to alter the visual landscapes around them, landscapes that suffocate people with billboards and advertisements.  Parisians, Nicaraguans, and South Africans alike used this form of expression to break a discourse of hegemony that existed and ruled them.

In the late 1960’s in Paris, a group of students known as the Enragés took to the walls of the streets and universities in protest.  “Commodities are the opium of people” were such phrases booming off these walls, coinciding with the student and worker occupation strikes of the time.  Parisians used the arts to let their imaginations explode in reaction to the repression they felt in French society.

Similarly in Kampala, and specifically in the ghettos and off the dark street corners, revolutionaries are adopting the use of graffiti and street art to shout their love and opinion on their new found idol for the revolution; Bobi Wine in a country where it has become illegal to affiliate with any other politician but Museveni 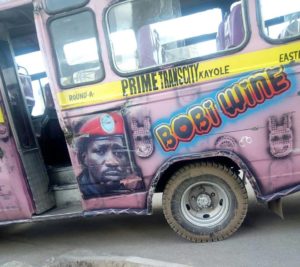 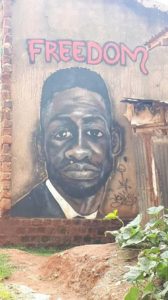