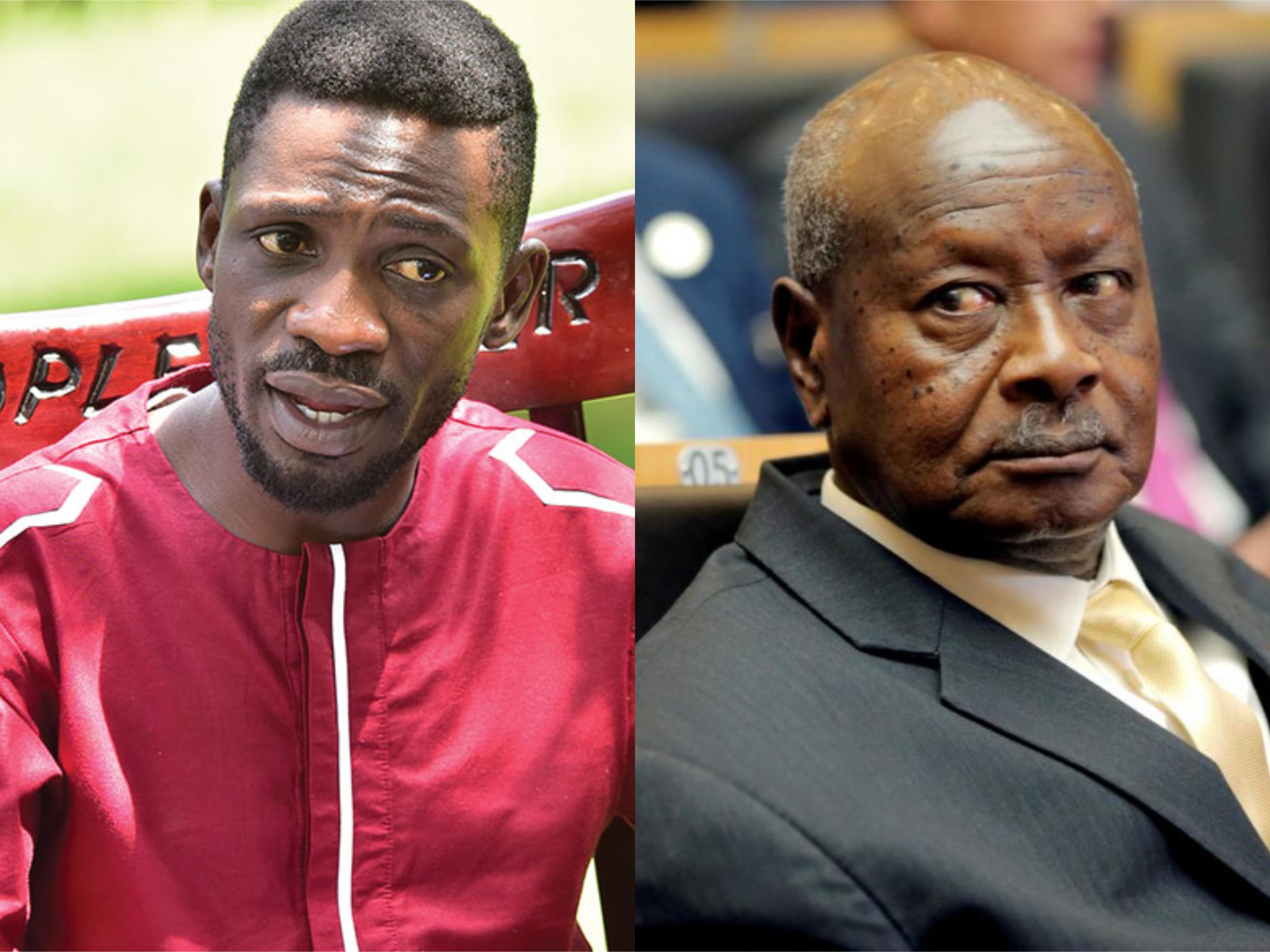 The juggernaut that is Hon. Robert Kyagulanyi aka Bobi Wine has left the incumbent Yoweri Museveni in a panicky state. The president and his handlers have sat in countless meeting trying to put in place a plan to stop the red people power wave that has been fanned by Bobi Wine.

In an exclusive report, our sources close to the seat of power have informed us that the government has finalised a plot to ensure that Bobi Wine doesn’t contest for any seat in the 2021 election. Our source said that the government already zeroed down on Bobi Wine as their main competitor and the only person that lies as a roadblock to their victory in 2021.

After failing to torture him into submission, the government has now decided to have him convicted of the charges he has in the Gulu court over the Arua saga. The plan is to convict him of the lesser crimes of annoying the president, inciting violence and disobedience of lawful orders after being stopped from joining the road that was being used by the President of the Republic of Uganda. The source however says that they will drop the treason charge because they don’t have evidence to prove this.

Already, Bobi Wine and his co-accused have been committed to the High Court for trial. The plan is to have the trial kick off in January and have him convicted before nominations kick off in 2020. He will subsequently be sentenced to prison and effectively keep him away from the elections. The government has already positioned a judge who will handle the case, positioned coached witnesses, who will secure the required conviction.

Our source says that the script isn’t new. It is the same script that was supposed to be used on Dr. Kizza Besigye in 2005. However, they didn’t plan to secure a conviction before nominations because Besigye returned towards nomination time and thus was able to get nominated. Time was never their ally, as he was able to secure bail and come out to campaign. The plan now is to ensure that they use the time before nominations to ensure success of their plan.

The 2021 elections have turned into a do or die moment for the incumbent, Yoweri Museveni. He has already done all it takes to ensure that he gets on to the ballot in 2021 by removing the constitutional barrier of 75 years. He is hell bent on ensuring that he stays in power and this plan will effectively put away his greatest challenger for the presidency.