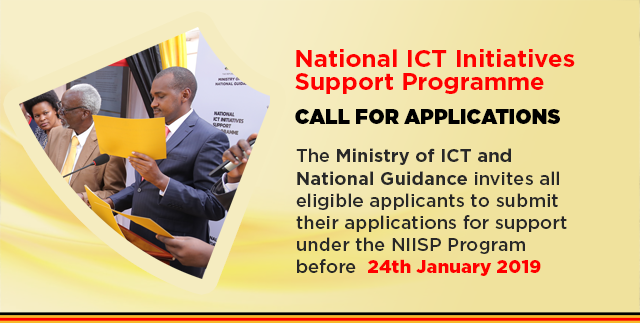 The Government of Uganda in a bid to promote innovation introduced the National ICT Initiatives Support Programme (NIISP) but reports coming out claim that the startup fund has been dominated by friends and family promoting discrimination.

This project was introduced in 2018 to create a sustainable ecosystem for ICT innovations and to support ICT innovators and application developers. By end of June, over 60 startups were set to share Shs6billion that had been announced.

However some startups have come out to critique the program saying that the selection system of startups that benefit from the programme is unfair and discriminatory in nature.

For instance, a one Moses Kadoba recently tweeted the ICT Minister Frank Tumwebaze, saying that Public Taxi app, a startup whose founders he knows, tried to get support from NIISP but they encountered “many blocks.”

Public Taxi Uganda is an application that can be used by authorities, car owners and passengers can track movements of Taxis to curb crime in the industry.

Moses a whistle blower noted that Public Taxi Uganda had participated in the call for concepts but were not granted opportunity to showcase their innovation.