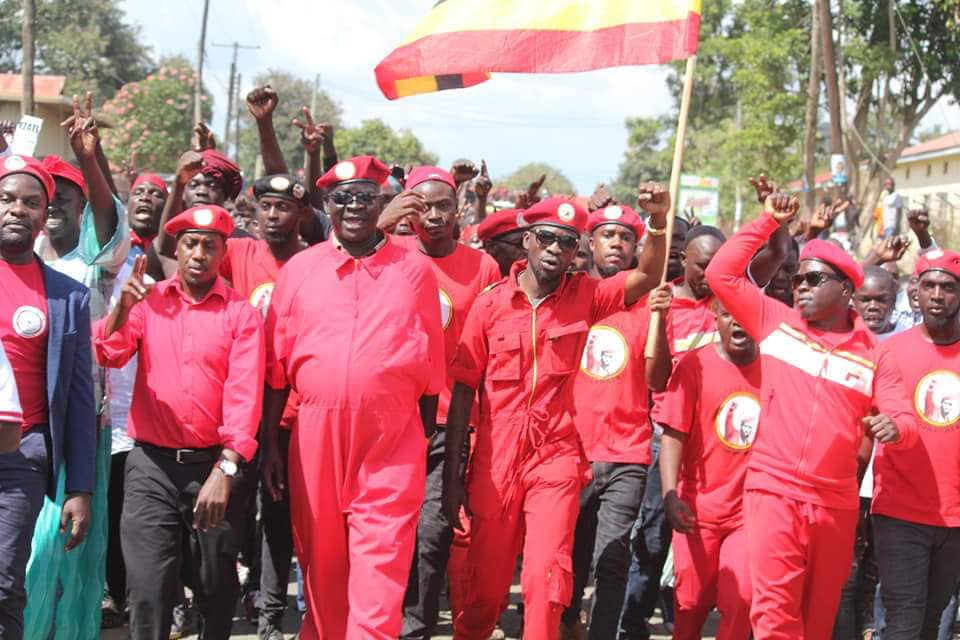 Kyadondo East Member of Parliament, Robert Kyagulanyi aka Bobi Wine has said he will forever be indebted to his driver Yasiin Kawuma for saving his life.

Yasiin Kawuma was shot dead in Arua on August 13, 2018 ahead of the Arua Municipality parliamentary by-election that saw Kassiano Ezati Wadri return to Paarliament.

Speaking at the Dua celebrations for Kawuuma marking one year ever since his death, Bobi wine said he was so close to Kawuma that he always treated him like his young brother and that they had so much in common.

“We met each other along the way and became friends. We moved with him in Bugiri, Rukungiri, Jinja and Arua polls. On the fateful day, Yasiin was busy but when he got to know that I was in Arua, he asked why I had done so without his knowledge. He drove to Arua,”Bobi Wine narrated

“He gave in his life for me. If he had not been killed it would be me in the grave and he would now be here looking after his family. He became a sacrificial lamb and today it would be one year of remembering my death.”

The legislator who has been  giving Museveni a run for their money concern over the way Kawuma’s death had been handled, noting that it is a pity that no one has ever been arrested over the same and no report has ever been released.

He noted that August 13th should be treated as a day to renew efforts of ousting President Museveni from Power.

“This is not politics but reality. Yasiin was not standing for any political position but was killed. I am not a slave for any of those in government. I know what I want. Let us know it is not about him but us all in the fight for our freedoms. It is not about religion or tribe but a matter of good and evil,” the legislator noted.

The Kyadondo East Member of Parliament asserted that the NRM government is currently at his weakest, asking his supporters not to relent on their efforts to cause regime change but to continue mounting pressure on the dictator till he gives up the fight.

He went ahead to assure the gathering that Kawuma died as a hero and time is coming when justice will be served for his death.

On August 13th, Yasin Kawuma was shot dead , Following the chaos in Arua on the eve of the municipality by election, 33 people including four MPs were arrested by security forces before being charged with treason for trying to harm the president of Uganda by pelting a stone at one of his cars.